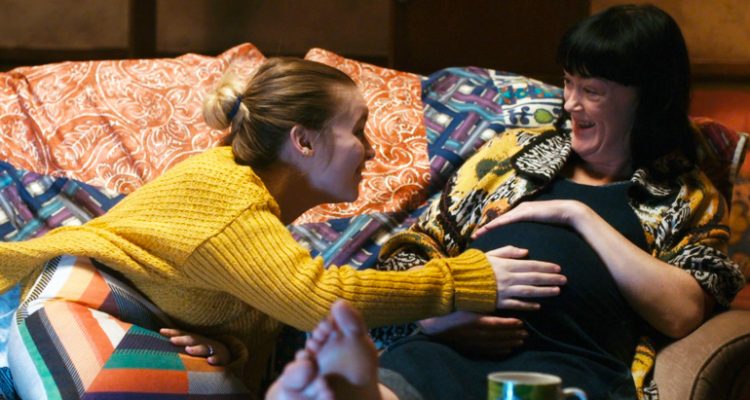 The IndieCork 2019 Festival has been officially launched. This year’s festival is the biggest yet, with an array of international films on display in Cork over the week. Several key international films will make their world premiere at IndieCork this year, with screenings taking place at The Gate Cinema. The mainline festival sponsor is Blacknight Solutions, sponsor of the Blacknight Festival Centre at Dali, the home of the festivals’ music and performance programme. The festival will run from October 6th to 13th across Cork.

Some of the highlights of the festival include the world premier of “Lift”, which is the inspiring story of Karen Barry, a Cork woman, dental receptionist and mum-of-three. Several years ago and feeling unhealthy she decided to get fit. She tried jogging but found it boring. She tried spin classes but they weren’t for her. Then one day she spotted the weights in the corner of the gym. In powerlifting, Karen had found her sport and she went on to break Irish records.

Splitting The Sop documents the rich history of the indigenous sport of Irish road bowling, its development over the years and its significance in Irish culture and heritage.

In addition the festival has announced hugely anticipated opening and closing night films. The Opening Night film is, ‘A Bump Along the Way’ which stars, Bronagh Gallaher of Pulp Fiction and The Commitments fame. Directed by Shelly Love, ‘A Bump Along the Way’ was filmed entirely on location in Derry. It tells the story of fun-loving, 44-year-old single mum Pamela (Gallagher) who becomes pregnant following a boozy one night-stand, much to the shame of her buttoned-up teenage daughter Allegra (Petticrew). As Pamela deals with the prospect of becoming a mum for the second time and the growing pains of the disgruntled Allegra, the challenges they face along the way bring mother and daughter to a better understanding of themselves and each other.

Partnerships are an important part of the festival, and IndieCork will present art(IST)film, in collaboration with CIT and Crawford College of Art and Design. Essentially, it is a National Graduate film competition for artists working in the medium of film and the second year of the collaboration. IndieCork also presents a new connection with UCC Department of Film and Media with ‘A Masterclass with Steven Eastwood’. Eastwood is an artist-filmmaker whose work has screened and exhibited internationally. He will discuss ethics in documentary filmmaking and his latest film ‘Island’ screens at the festival. IndieCork will also proudly present ‘Change The Beat’ a project by the School of Applied Social Studies in UCC, working with young migrants, refugees and asylum seekers – the film is directed by Colm Walsh.

Festival Chairperson Dr. Eileen Hogan said: “IndieCork is an international festival however, we’re conscious of our place within the local creative community – of filmmakers, musicians and artists and for us this is important. Cork is a creative place and we’re proud to be part of that. The fact that we are essentially a collective, a Co-Operative, is reflected throughout the festival programme.”

Achieving recognition as the festival for independent Irish and international film in Ireland, IndieCork has a wide and rich programme on offer in October. The seventh IndieCork Festival of independent film and music will be held from October 6th to 13th, 2019. The event drew record entries this year reflecting the depth of filmmaking talent in Ireland and the international standing of the festival.

IndieCork is the largest festival for short films in Ireland, screening overall seventeen individual programmes. As part of the festival there will be 12 programmes of new Irish short films, including three programmes of shorts competing for the Best Emerging Irish Female Director award.

IndieCork has a rich programme of music and performance, highlights of which include ‘Angel, An Evening Without Scott Walker’, the 10th Anniversary screening of Steamin’ n’ Dreamin’ Grandmaster Cash plus Stevie G, the Beatlebums White Album and finally, two acts making waves on the music scene; Myles Manley and Shithätt.

All tickets are on sale at www.corkcinemas.com and www.eventbrite.com