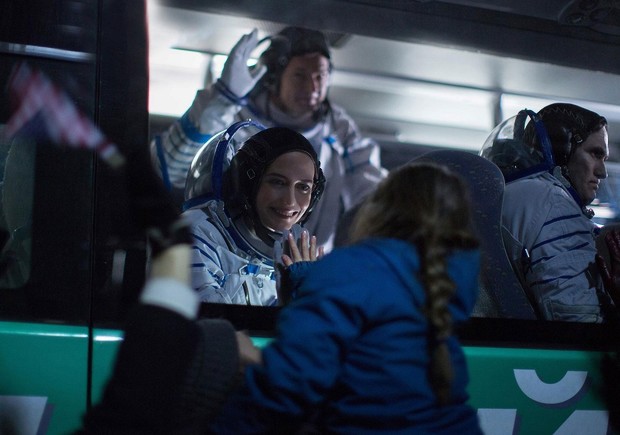 The launch of the 31st Cork French Film Festival took place yesterday. Leading French film directors and actors will feature at this year’s Festival. The Festival will run from Wednesday 4th March to Sunday 8th March and takes place at The Gate Cinema, Cork. There is a highly anticipated schools programme as part of this year’s Festival in addition to an animation film for children and some special post-screening social events.

Ireland South MEP Deirdre Clune said: “I am delighted to be here today to launch the 31st Cork French Film Festival. The Festival promotes the strong links between Cork and France and has a wide variety of films on offer. It always holds a special place in the Cork cultural calendar every year and I am delighted to see it returning again this year.”

The Opening Night film is ‘Proxima’ starring Eva Green and Matt Dillon, which was a nominee for a French César Award. Proxima is directed by French filmmaker Alice Winocour. This film was shot in various real training facilities at the European Space Agency. It tells the story of Sarah, a woman trying to balance her work as an astronaut preparing for a year-long stint on the International Space Station with her family life as mother to an eight-year-old daughter Stella.

The Closing Night film is ‘The Truth’ (La Verité). This is a 2019 French-Japanese drama film, written and directed by Hirokazu Kore-eda. It stars Catherine Deneuve, Juliette Binoche and Ethan Hawke. It is Kore-eda’s first film set outside Japan and not in his native language.

The Ambassador of France in Ireland, H.E. Stéphane Crouzat, said: “In 1897, the Lumière brothers recorded the first ever images from Ireland. This footage marked the beginning of vibrant cinematographic ties between France and Ireland. I’m delighted that the Alliance Française of Cork perpetuates this common history with its annual Cork French Film Festival, now in its 31st edition. The very diverse selection of films presented this year will showcase the diversity of a French cinema in tune with the times.”

Chairman of the Cork French Film Festival, John Mullins said: “The Festival promises to provide a wide range of fine films. I would like to take this opportunity to congratulate the whole team at the Alliance Française de Cork on providing us with an excellent programme for 2020. I wish to thank on your behalf all of the sponsors without whose support these events cannot happen. We are very grateful for the support of the Embassy of France in Ireland and to Cork City Council for their generous support of the Festival.”

Valérie David-McGonnell and Josselin Le Gall, Directors of Alliance Française de Cork, said: “We are delighted to announce the programme for this year’s Cork French Film Festival which is now in its 31st year. We have a great team in place who are busy putting the finishing touches to the programme. Besides bringing a French-language cinematic experience to Cork audiences, the Cork French Film Festival aims to provide an insight into French and Francophone cultures and societies. This year’s edition features the best of French cinema as well as an exciting documentary about the art street scene in Kinshasa, a film presented in association with the French Embassy in Ireland as part of the Francophonie Festival and in resonance with the upcoming Africa 2020 Season in France.”

The programme for the 31st Cork French Film Festival has been curated by Guest Festival Programmer, Marie-Pierre Richard.