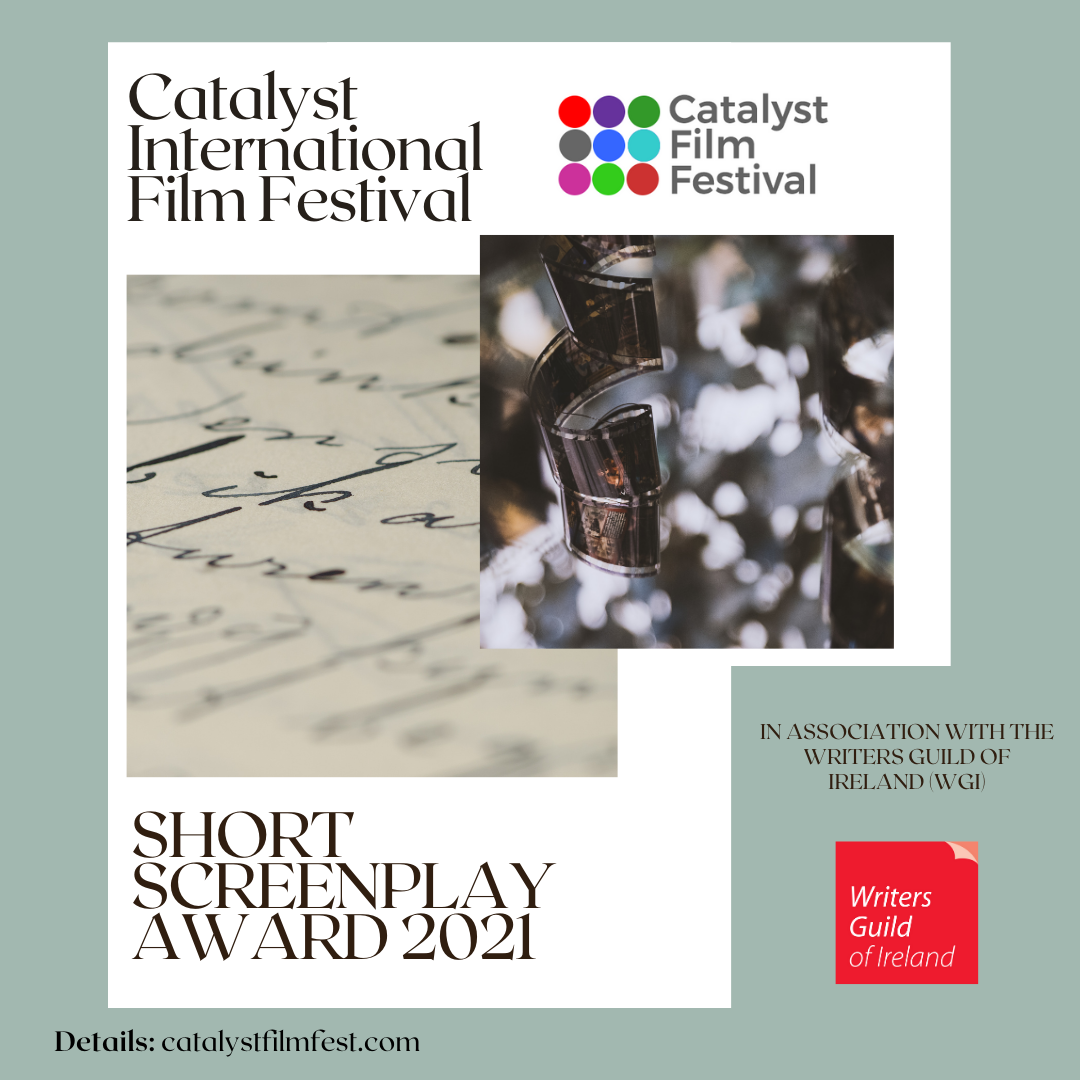 The Catalyst International Film Festival in association with the Writers Guild of Ireland (WGI) have announced a new Screenplay Award for short film.

The Catalyst International Film Festival will host the 2nd edition of the festival in Limerick in March 2021, presenting a film programme that prioritises stories and storytellers currently under-represented on screen and behind the camera. The festival is currently planning a hybrid version of the festival with online and in person events subject to Covid 19 restrictions.

The festival is delighted to partner with the Writers Guild of Ireland in establishing this screenplay award. There will be a cash prize of €1,000 for the winner along with membership of WGI for a year and a trophy and book voucher. The runner up will receive a cash prize of €200 and membership of WGI for a year along with a trophy. The story, themes and/or characters of the screenplay should reflect the ethos of Catalyst International Film Festival – reflecting aspects of gender equality, diversity and/or inclusion.

Full details of the short screenplay award along with terms and conditions can be found at https://catalystfilmfest.com/

Submissions should be made via Film Freeway only and the deadline is February 8th 2021.