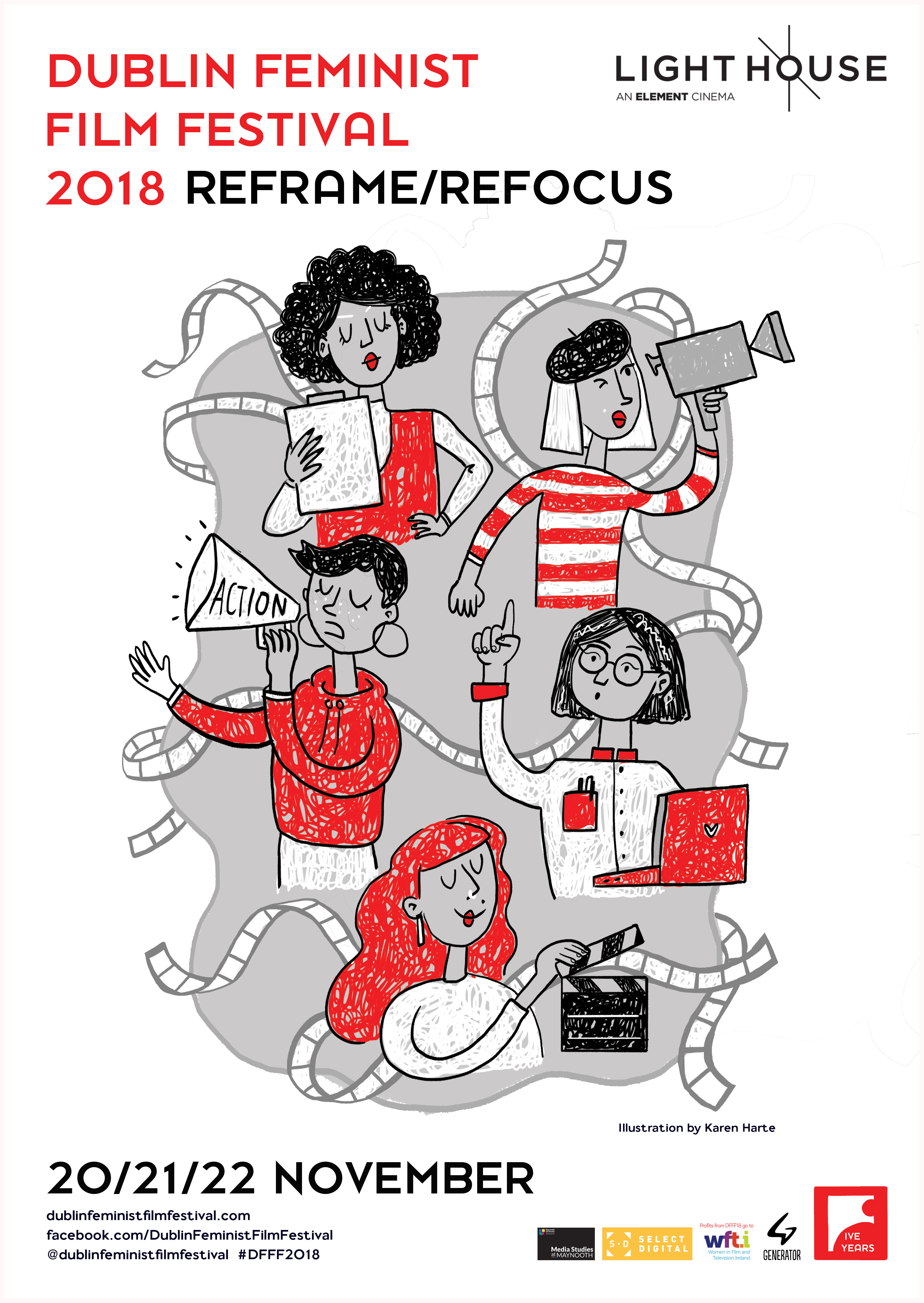 The Dublin Feminist Film Festival is back for its 5th year running, and will take place 20th – 22nd November 2018.

The theme for #DFFF18 is “Reframe/Refocus”. Rather than foreground particular topics, their programme this year will feature films not only directed by women, but also featuring women cinematographers, producers, DOPs etc. They hope to broaden the notion of what the “by” means in “Films by Women” while also raising questions about whether and how films shot by women feature a different or other gaze. Full Programme Announcement in October 2018.

They will also run their Short Film Programme and the winner of this year’s Short Film Prize will be announced on Wednesday 21st November.

Dublin Feminist Film Festival promotes and celebrates female filmmakers, hoping to inspire and empower others to get involved in filmmaking. This involves considering women on-screen, but also behind the camera, through celebrating and showcasing fantastic female filmmaking, as well as demonstrating that women make compelling and complex characters and subjects.
The festival is run voluntarily.

We are very grateful that the profits from DFFF18 will go to us here at WFT Ireland to promote women in film.

Want to find out more?