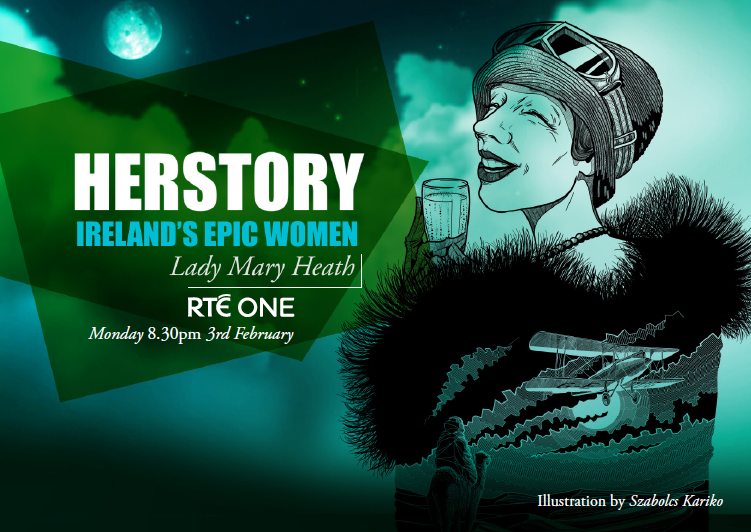 Starting last Monday (February 3rd), on RTÉ One Television, HERSTORY Ireland’s EPIC Women is a 6 part TV series that tells the stories of some of Ireland’s most remarkable pioneers in the fields of business, science, the arts, aviation, technology, power and revolution:

To run alongside the TV series, Underground Films have also produced the HERSTORY: Ireland’s EPIC Women podcast which will bring to light the stories of 18 more Irish female pioneers from history. Discoverable on any platform where you download your podcasts, they  will also be published each week on RTÉ’s Herstory site – rte.ie/herstory.