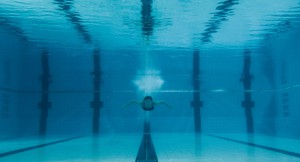 Date: Tuesday 5th April 2016
Time: 6:10pm
Location: Screen 3 – Irish Film Institute, 6 Eustace Street, Dublin 2
WFT Ireland is delighted to invite its members to a screening of ‘Mammal’ in the IFI on Tuesday 5th April at 6:10pm. The screening will be followed by a Q&A with the film’s Director Rebecca Daly, moderated by Marian Quinn.  This is a free but ticketed event for members, so please confirm attendance to wiftirl@gmail.com before Friday 1st April @ 5pm.

Margaret (Rachel Griffiths, Academy Award® Nominee) leads a solitary life in Dublin but this changes when she hears from her ex-husband Matt (Game of Thrones’ Michael McElhatton) that the son she abandoned has gone missing. Enduring her unsettling grief privately, Margaret escapes daily to the local swimming pool where she runs into Joe (Barry Keoghan), a homeless teenager she found injured one night in the laneway behind her work. She offers him a room at her house and an unorthodox relationship develops between them. But this tentative trust is threatened by Joe’s involvement with a violent gang and the escalation of Margaret’s’ ex-husband’s grieving rage.
REBECCA DALY, DIRECTOR
Rebecca Daly studied theatre directing and acting and then went on to study film. Her first short, JOYRIDERS (2006), won the Irish Film Award for Best Short and several international awards. Her first feature film, THE OTHER SIDE OF SLEEP (2011) premiered in Directors’ Fortnight at Cannes Film Festival and in the Discovery section of Toronto International Film Festival.  Rebecca was selected to participate in the first Berlinale Residency with her second feature MAMMAL.  She is currently in development on the feature project GOOD FAVOUR.
MARIAN QUINN,  MODERATOR
Marian Quinn is a writer-director who won Best Feature at the Galway Film Fleadh with 32A, a coming of age film set in Dublin in 1979. She has many projects in development including a TV series set in Chicago. She teaches directing at DKIT and is currently chair of the Equality Action Committee of the Screen Directors Guild and the Writer’s Guild.