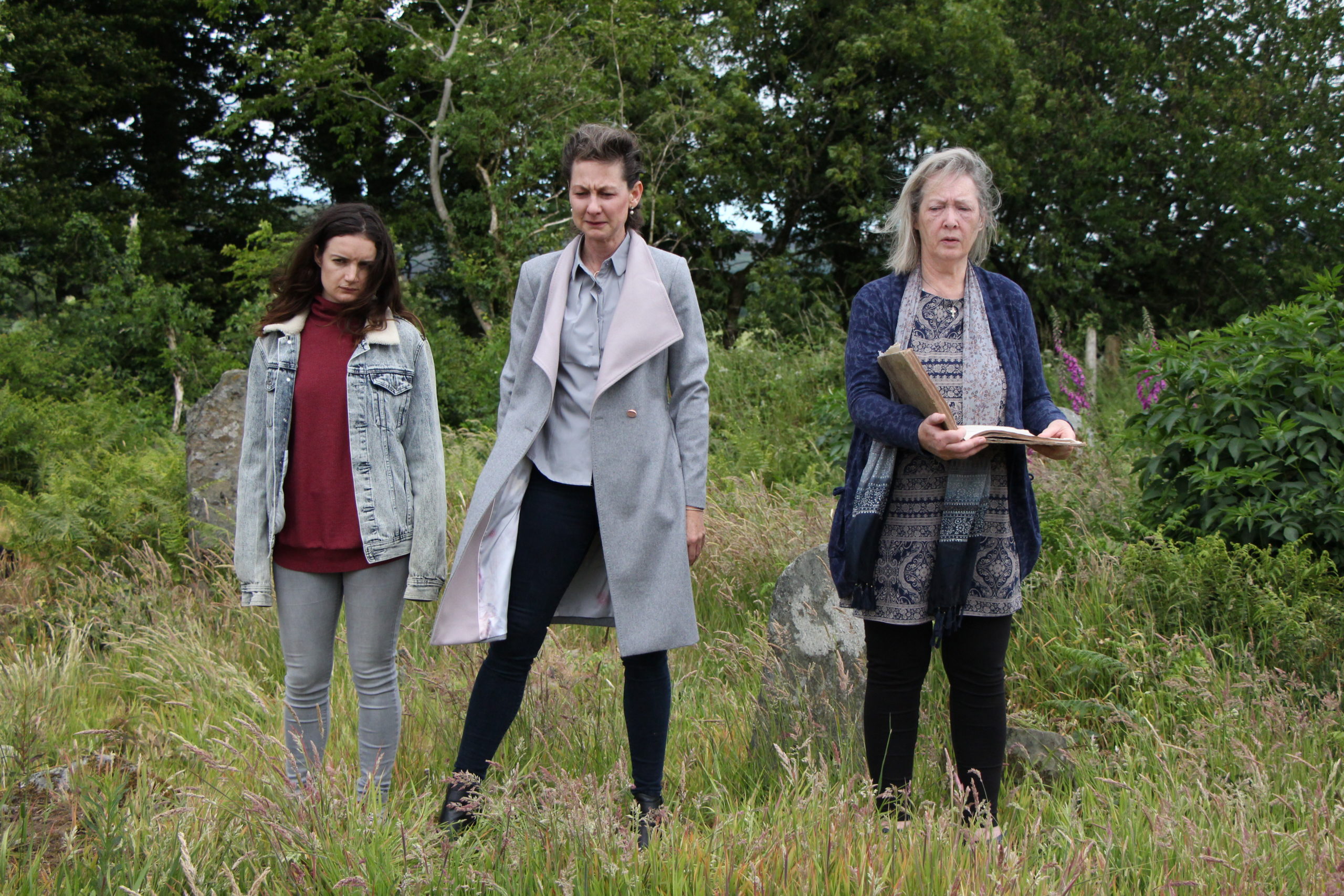 Irish short film, The Ferry, about the mother and baby homes scandal, has been selected by RTÉ’s Short Screen and will be broadcast on RTÉ 2 on September 13th at 11.35PM. Produced by WFT Member Roisin Kearney and Board Member Marissa Aroy, this film qualified for the short live-action 93rd Academy Award long list. The Ferry has played in many festivals including the Galway Film Fleadh, The Foyle Film Festival, Newport Beach Film Festival and Deirdre Donnelly and Clodagh Bowyer won best supporting female actors awards at the Antwerp International Film Festival.
This darkly comic mystery, with a twist, is about a young woman who battles ancient forces of church and state in a bid to find her birth mother reveals many women’s struggles with losing their children to mother and baby homes. The Ferry is a short mystery and heartfelt drama that explores the themes of secrecy, family, loss and regeneration set against the backdrop of the mother and baby homes in small town Ireland.

When Aoife searches for her birth mother she sets off a series of events that brings three women together in a search for the truth. Masterfully told, this cinematic short film features heartfelt performances from actors Aoife Duffin (Moone Boy), Deirdre Donnelly(Ballykissangel) and Clodagh Bowyer, (Bloomsday on Broadway) and is supported by outstanding comic performances from Rosaleen Linahan, Gus McDonagh, and John Olohan.
The film has played numerous film festivals including The Galway Film Fleadh (special mention) The Foyle Film Festival (special jury mention), The Newport Beach Film Festival and has won the best actor awards for Clodagh Bowyer and Deirdre Donnelly at the Antwerp World Cinema Festival.

About the Mother and Baby Homes

Last week the report into a selection of Mother and Baby homes was released to widespread condemnation. It took 10 years to conclude and directly contradicts survivors lived experience. The paper was leaked in advance of publication, and survivors, many of whom are elderly were not supplied with a hard copy of the 3,000 page report. Around 9,000 babies (15%) died in the 18 institutions covered in the Mother & Baby home report. The location and identification of all their remains has still not begun, though there is currently planning permission being sought to build apartments on one suspected burial site where 75% of all babies born in 1945 died. It is estimated that 56,000 women were incarcerated in Mother and Baby homes, 5,616 of them under the age of 18 with some as young as 12 along with 57,000 babies. The report and its findings were completed in October 2020, at which time the government made an attempt to seal archives and testimony for 30 years. This was met with widespread public anger and a campaign (repeal the seal) that garnered over 100,000 signatures. It has since been confirmed that there is no legal basis for the sealing or destruction of these records, a fact which government was made aware of prior to the Mother and Baby home bill vote passing.
“The Ferry is a thoughtful, warm film, rich in humour and humanity. Perfectly-paced with powerful performances, this well-formed drama encapsulates everything great about Irish cinema.” –Gemma Creagh, Film Ireland magazine.