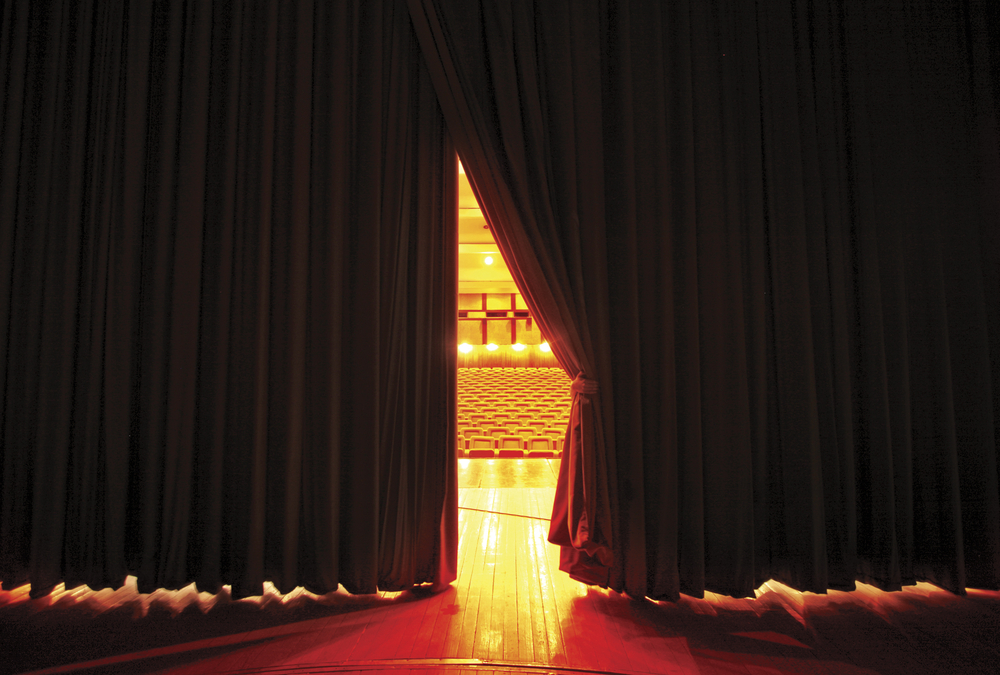 Our very talented member, Dorothy Grace Laity Lombardi is working with the internationally award-winning Brixham theatre company in bringing Shakespeare’s classic Macbeth to life, defying lockdown in an international, online performance, with actors performing from their homes on 28th June.

“Blood will have blood ”

Shakespeare’s classic tragedy is brought to life in a lockdown production, by a theatre company based in Brixham, South Devon, UK.

As we all know, the Covid-19 pandemic, something that nobody could have predicted in their wildest dreams caused postponement and cancellation of live shows for several months, for every theatre in the UK. Of course, many theatres, both venues and production companies had no choice but to close and work for professional actors temporarily collapsed.

The South Devon Players decided to resist the trend, and as well as postponing (not cancelling!) the usual shows to such time as when it is safe for theatre venues to reopen, the Players decided to create online performances, in which the actors come together to perform online from the safety of their own homes. This in itself has not been easy, as many people in the team, have had to learn new technology & software, and find ways to make it work on household electronics, with the cast and crew working from their lockdown locations mainly in south Devon but also sheltering in place spread across the UK, as well as the Republic of Ireland, and Los Angeles in California.

The second of these online performances, is a full length, costumed production of William Shakespeare’s classic tragedy, Macbeth. Members of the team are diligently rehearsing and learning software online, creating costumes and makeup styles, to create this show, and develop an entirely new way to present theatre using modern technology during this time.

The South Devon Players Theatre and Film Company, are developing a proud history of Shakespeare productions, as part of their focus on historical and classical dramas. In 2019, their production of Macbeth, was booked for a second tour and won an international theatre award in New York for its professionalism and creativity. Laura Jury, the director of that production of Macbeth, & many of the Player’s shows, and founder of the theatre company, has returned to lead this new project. The South Devon Players were founded in the winter of 2005-6, on the proceeds of a carboot sale, to create professional opportunities for local actors, and has flourished ever since; previously winning national and regional arts awards, including the national Epic Award 2017 for England, a national arts award celebrating creativity and innovation in grassroots arts, and the Theatre Partner award in the Long Island Theatre Awards in New York – for our live productions of Macbeth, in 2019 – . Based in Brixham, the Players primarily specialise in researched historical theatre productions and old “Classics”.

William Shakespeare’s Macbeth will be broadcast on Sunday June 28th 2020 at 2pm, as a ticketed event online, with tickets costing £5 each. The performance will remain online for a couple of days after to ensure that people around the world can access the performance regardless of timezone. All details on how to book tickets, and receive the online viewing links, are available at the company’s website www.southdevonplayers.com. 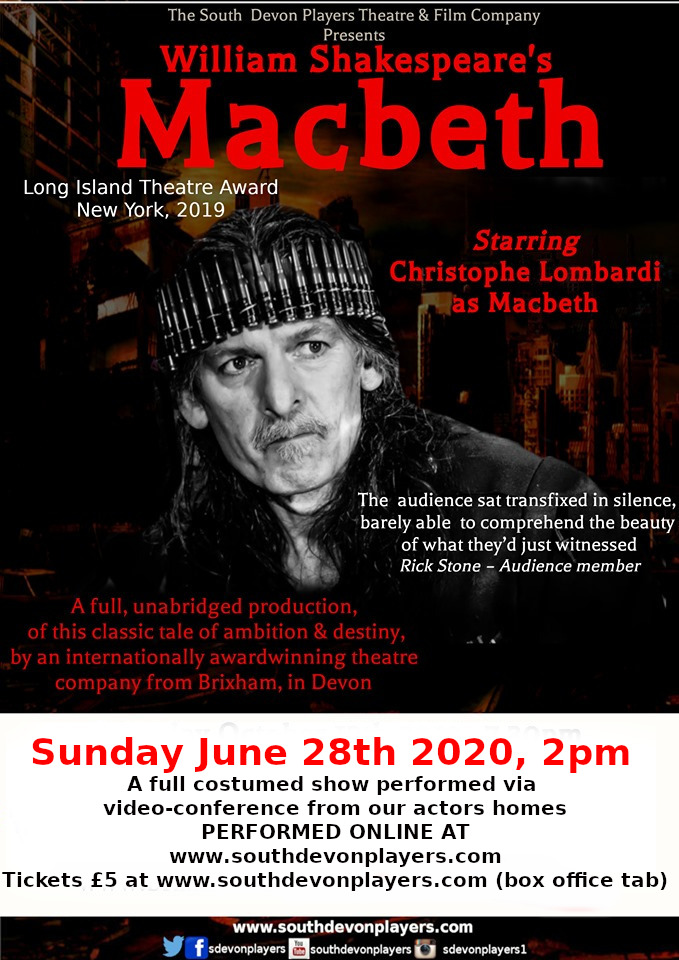