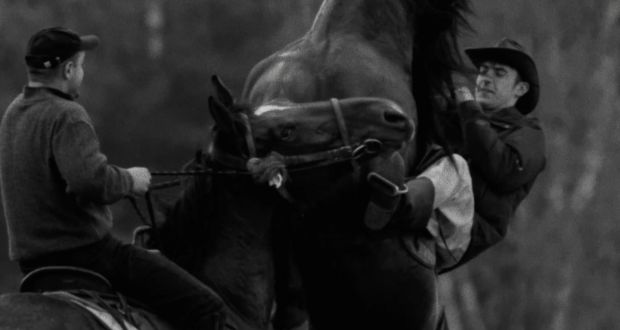 Congratulations to the three talented women filmmakers who went home with Awards from the Cork Film Festival Awards Ceremony.

Documentary short Horse Riders has won the inaugural Academy Awards® qualifying of Grand Prix Documentary Short Award at the 64th Cork Film Festival. The film, directed by Anna Gawlita, now joins the longlist for the Academy Awards® in 2021. This brings to three Academy Awards® qualifying awards at the Cork Film Festival, the only film festival in Ireland to have this trio. The awards were presented ahead of the Closing Night Gala at the Everyman, with the Irish premiere of The Other Lamb, directed by Małgorzata Szumowska.

Cork Film Festival Director and CEO Fiona Clark said: “As Ireland’s only film festival to present three Academy Awards® qualifying awards, we are delighted to announce Anna Gawlita’s Horse Riders as the winner of the Grand Prix Documentary Short Award at the 64th Cork Film Festival. It is an exceptional documentary short and one that is thoroughly deserving of being longlisted for an Oscar®. The eye-catching film tells the story of an annual horse pilgrimage in a Polish village, an old regional tradition being kept alive in southern Poland.

Commenting on the Awards, Fiona added: “Cork Film Festival’s awards demonstrate our commitment to presenting and celebrating excellence in filmmaking, championing new and emerging voices, as well as established filmmakers. The Festival embraces features and short film with equal respect, and as a growing destination for feature documentaries as well as narrative work, we pride ourselves as the platform to showcase the very best of Irish and international film in Ireland. Our Awards Ceremony honours the diverse talent presented during the 64th Cork Film Festival and this year’s winning films exemplify the quality and diversity we have showcased. We are delighted to close out the Festival with the Irish premiere of new Irish drama, The Other Lamb, a film supported by Screen Ireland, and the English-language debut of director Małgorzata Szumowska, one of the most thrilling emerging voices in world cinema.”

The Audience Award, presented by The River Lee, Principal Accommodation Partner, was won by The Last Right, written and directed by Aoife Crehan. Directorial debut, and World Premiere at the 64th Cork Film Festival, this comedy-drama follows New York-based Daniel Murphy who ends up being tasked with bringing the body of someone he barely knows home for burial.

Other prize winners announced at the Awards ceremony, which was hosted by master of ceremonies, Dave Mac Ardle (RedFM), included the award for the Best Cork Short, proudly presented by Media Partner RedFM, which was won by Olivia J Middleton for her film, Rosalyn, a compelling horror that explores the fragility of mental health during pregnancy.

Speaking on the 64th Cork Film Festival, Fiona Clark stated: “It has been an exciting, thought-provoking and inspiring 11 days of stunning film here in Cork. The breadth and quality of the programme, with over 300 films and 63 countries represented, has made this year’s Festival an unforgettable experience for everyone involved. “With 20,000 people attending this year’s Festival, we look forward to building on this success in 2020, our 65th anniversary, and beyond, and would like to thank all our funders, sponsors, partners, friends, jurors, filmmakers and audience who together make Cork Film Festival possible.”

Make sure and keep your eyes peeled for these films screening in the future!