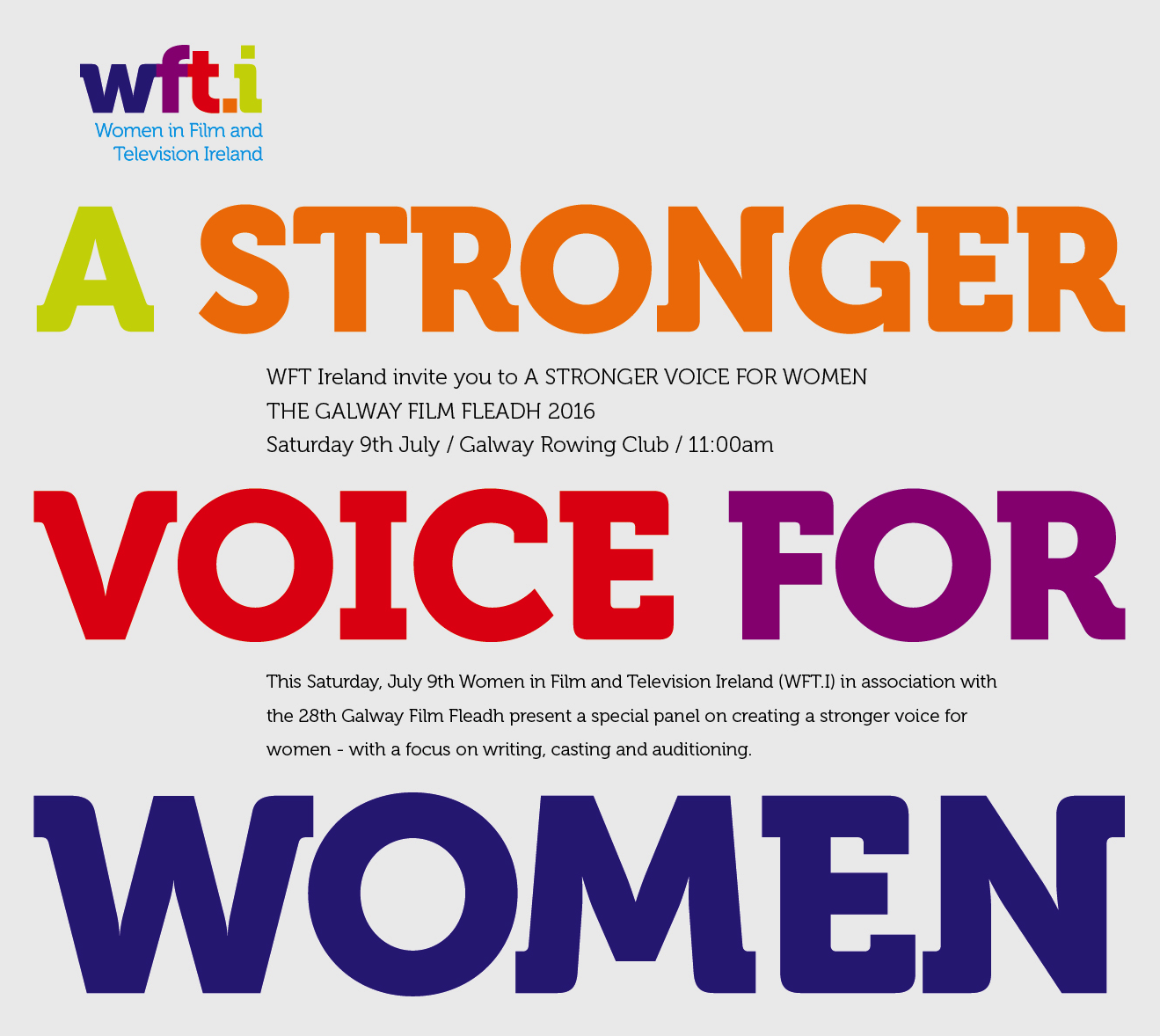 ‘A Stronger Voice for Women’ event in association with the Galway Film Fleadh (held Saturday 9th July 2016) featured a dynamic panel discussion on creating a stronger voice for women in Film and Television when writing, casting and auditioning.