CIFF News: Congratulations to Members Selected for IGNITE & Watch Out for WFT Panel at First Take 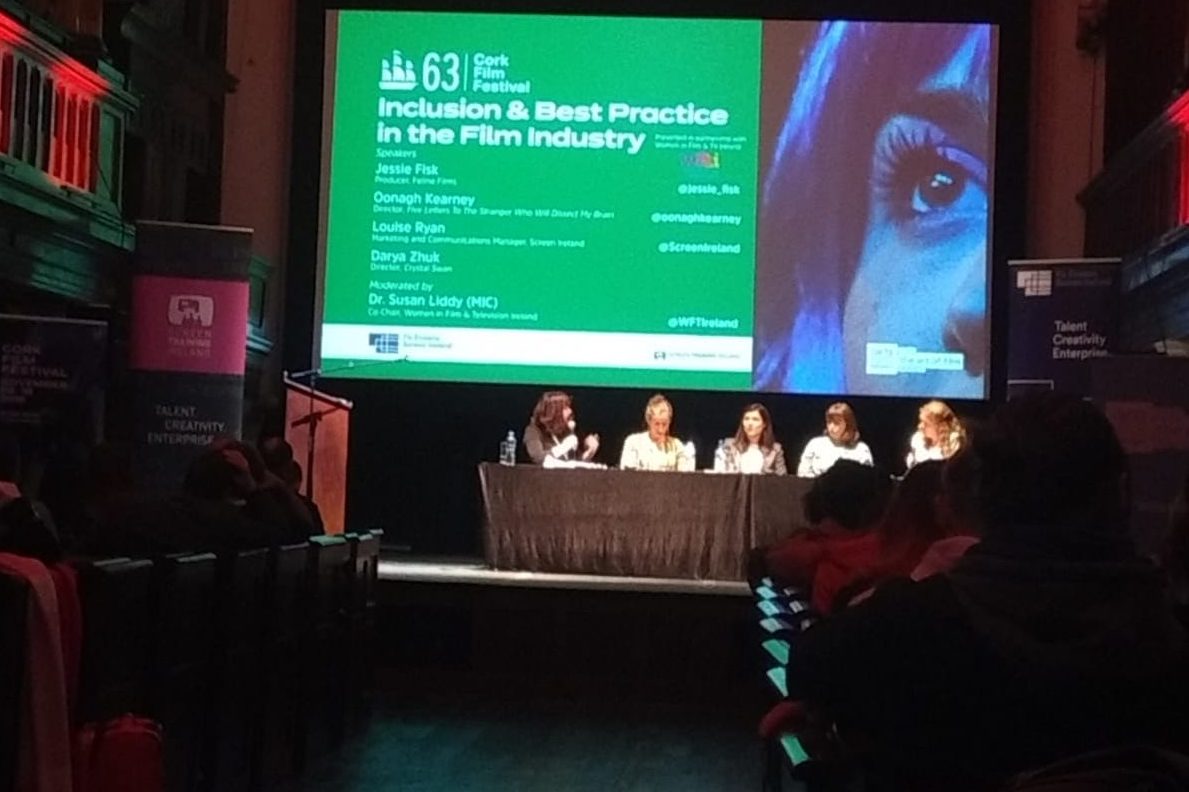 With Cork International Film Festival on the horizon once again, WFT Ireland has a lot to celebrate! We will be hosting a panel as part of this year’s CIFF Industry Days, and we are delighted for our talented members Lia Campbell and Mia Mullarkey whose projects have been selected for the IGNITE Documentary Talent Development Programme.

IGNITE is a talent development programme directed towards emerging Irish and Northern Irish documentary filmmakers embarking on their first or second non-fiction feature film. It is a cross-border partnership that aims to foster a new generation of documentary filmmakers, an innovative collaboration between the island’s first and newest film festivals, Cork International Film Festival and Docs Ireland. The participants and projects for Year Two are:

Imagine a world where a man accused of a brutal murder is acquitted because he claims his female victim asked to be killed. Crime fiction? Asking For It examines the reality of the “rough sex defence”.

Three generations of Chinese immigrants in Ireland explore their relationships with identity, culture and belonging as they navigate their struggle to stop the dilution of their Chinese heritage.

Two unlikely places – East Belfast, Northern Ireland and Bekoji, Ethiopia – both home to some of the worldʼs most promising female athletes. This documentary film follows these promising young runners, asking why they are the girls who run?

Fr. Shay Cullen has spent five decades rescuing exploited children from the sex industry and adult prisons in the Philippines. This feature documentary is an intimate portrait of a humanitarian hero.

Tony Cascarino looks back on his life through the lens of his ‘Inner Voiceʼ, that little part of him that seemingly never wanted himself to succeed.

Question your bias and delve into the exploration of the dual nature of the Irish identity. Shining a light on lived experiences from other ethnic minorities, Unsilencing shows the triumphs and challenges that have been faced by those on their quest of integrating into Co. Carlow, Ireland.

Year Two of the IGNITE Documentary Talent Development Programme follows the success of Year One where six feature documentary projects from emerging filmmakers were developed through training, workshops and one-to-one mentoring. This is a project-led scheme, which supports the progression of the selected projects and their teams through training focused on the development process of documentary from inception to exhibition. The scheme fosters a new generation of creative non-fiction talent from all over Ireland to pursue their first or second feature, and to provide them with a platform to develop the spectrum of skills and knowledge required to succeed as a feature documentary filmmaker on an international level.

The IGNITE programme will provide a long-term engagement, comprising:

Presented in partnership with Fís Éireann/Screen Ireland, and supported by Screen Skills Ireland and the Broadcasting Authority of Ireland, Cork International Film Festival is delighted to present its high-calibre Industry Days both online and in person at this year’s Festival. The programme includes a keynote interview with US documentarian Dawn Porter (in conversation with Aideen Kane, co-director of The 8th), a case study centred around the documentary feature film Lyra (screening at this year’s Festival) and a career interview with renowned Irish filmmaker Pat Collins.

WFT Ireland will be hosting a panel as part of CIFF First Take. This event is a training and development platform for newly established film professionals, film and media students and the wider film industry, which comprises case studies, presentations and panel discussions. Its intention is to promote fresh thinking amongst emerging and working filmmakers, inspiring them to be proactive in creating and promoting their own film work. Sessions will focus on the casting process, the actor as a creator, audience design for film, and will include a special case study on a new feature film from the 2021 Cork International Film Festival programme. The event will take place online on Monday 15 November and will be available for catch-up on the Cork International Film Festival online platform until the end of November.

Cork International Film Festival continues to develop its focus on high-quality Irish and international documentary cinema with Doc Day, connecting emerging and established non-fiction filmmakers with industry professionals and the wider documentary sector, with the objective of helping to inform, inspire and develop opportunities within the global documentary landscape. Doc Day will profile a keynote interview with US documentarian Dawn Porter, include a case study centred around the documentary feature film Lyra (screening at this year’s Festival), and explore the editing process behind the new documentary film Roadrunner: A Film about Anthony Bourdain. The event will take place online on Tuesday 16 November and will be available for catch-up on the Cork International Film Festival online platform until the end of November.

Doc Day Live (Thursday 11 November)
In addition to the online offering for Doc Day 2021, Cork International Film Festival will host an in-person documentary event and networking session in advance of the Documentary Gala Screening of Pat Collins’ new film The Dance on Thursday 11 November. The event will provide an opportunity for players in the Irish documentary industry to meet and network after a long absence, and will include a career interview with filmmaker Pat Collins, as well as a panel discussion presented in partnership with Screen Producers Ireland.

All Industry events are free but ticketed. Visit corkfilmfest.org/industry for further details and to book.

The 66th Cork International Film Festival is on sale now. Download the myCIFF app or visit corkfilmfest.org to browse and book.