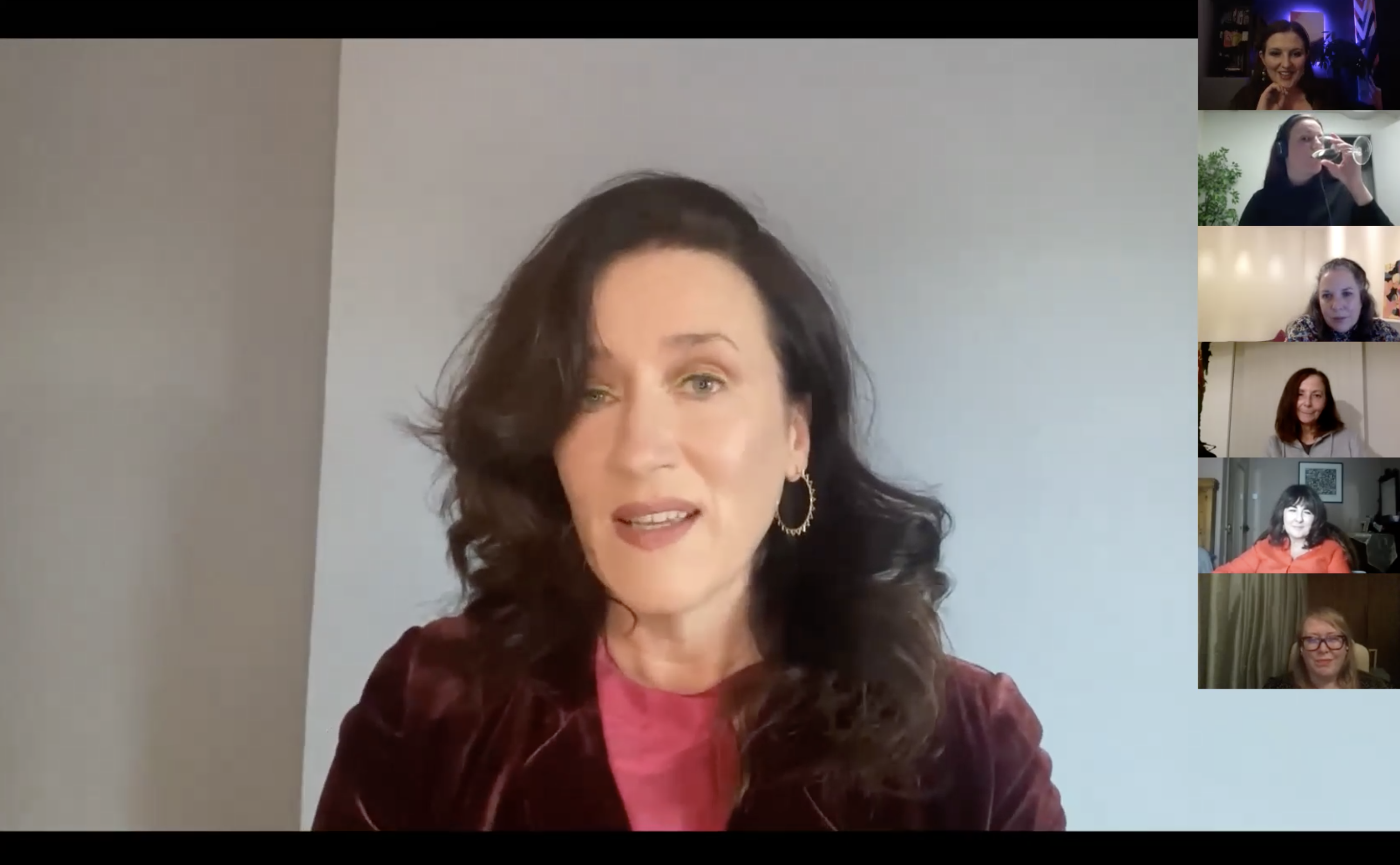 WFT is delighted to announce the winners of our Short Film Showcase for the 2020 competition. The four fantastic winning films were selected from almost forty shorts submitted, eight of which were chosen for the programme.

The third annual screening event was a partnership with the IFI and was staged with the generous support of the BAI. Originally scheduled to take place live in the IFI in March to celebrate International Women’s Day, the screening date was moved because of the pandemic.  For the first year, the 2020 event took place entirely online.

The winners as announced Live on Zoom by our special guest musician, actor, filmmaker and WFT member Maria Doyle Kennedy:

and the winner of the Dublin Feminist Film Festival Bursary of €1000 was:

“The WFT team overcame considerable challenges to bring you Brief Encounters the 2020 Short Film Showcase this year”, WFT chair Dr Susan Liddy admits, “ but when you have partners and supporters like the IFI, the BAI and Dublin Feminist Film Festival there isn’t much you can’t accomplish! We have a wealth of talent in WFT so selecting just eight films to screen was the first hurdle for the jury. And choosing four winners was the next!  But choices had to be made and we’re particularly proud of the calibre of work in evidence in the top four films. They are very different films but each brings something special to the screen. I think it’s reasonable to say we’re facing into 2021 with greater optimism than ever before”.

“This film programme and the winners not only showcase the wealth of talent and craft amongst WFT Ireland members but firmly lays to rest any stereotype that may propagate the myth that women make any one kind of film. This programme is a celebration of the filmmakers mastering their craft, from cinematic vision to sound design, editing and casting – filmic delights abound. We are so proud to celebrate our members’ work in 2020,” added WFT Vice-Chair and filmmaker Vanessa Gildea.

Aoife O Toole, manager of the Dublin Feminist Film Festival, is equally enthusiastic: “DFFF has been promoting women in film since 2014 through screenings, shorts awards, workshops, panels and talks. Our bursary puts into practice why our festival exists – to directly support the work of female filmmakers.”

The WFT Team would like to thank our members for their support throughout the year, the fantastic team at the IFI for managing the event so seamlessly, our sponsors at the BAI for funding this, and many other events throughout the year, the Dublin Feminist Film Festival for celebrating women every year, and the talented women who submitted such an impressive and wide-ranging body of work.

The films will be available to view online until Tuesday 22nd December.