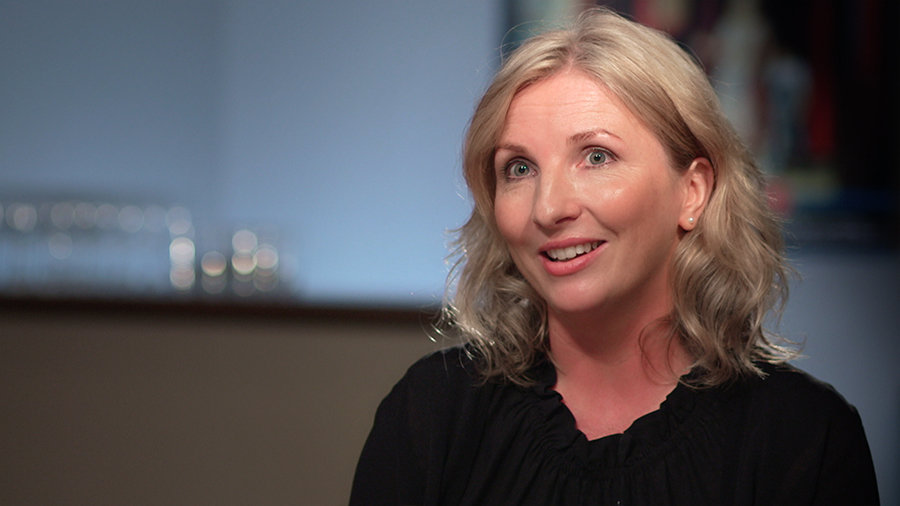 WIFT Members are welcome to attend this event FREE OF CHARGE.

The event is also open to the public for a door charge of €10.

Places are limited to first come, first served so please RSVP as soon as possible. (Update: This event is now fully booked)

Join us for our next WIFT Masterclass for an exclusive opportunity to gain a greater insight into the craft of editing from IFTA award-winning and three-time BAFTA-nominated editor Úna Ní Dhonghaíle – White Girl (2009), Ripper Street (2013) and The Missing (2014). Lately, she has been celebrated for her work on the Golden Globe-winning The Crown (2016) and on Philipa Lowthorpe’s BBC drama series Three Girls (2017).

Úna Ní Dhonghaíle has developed an incredibly diverse collection of work, having edited many award-winning TV dramas and feature length documentaries. After completing a four year degree in Film and Media at DIT, she then continued her studies in filmmaking, speciailising in film editing at the National Film and Television School (NFTS) from 1995-98. One of her graduation films Secondhand (1999) won the top prize in the cinefondation section at the Cannes film festival 1999. Úna edited many feature length documentaries in Britain and Ireland, including the highly acclaimed Child Miners (2005), Fairy Wife: The Burning of Bridget Cleary (2006) and Fairytale of Kathmandu (2007). In 2008 she made the transition into TV drama, editing the TV movie White Girl (written by Abi Morgan) and earning her both her first BAFTA and Royal Television Society nomination for Best Editing in 2009.

Úna has since gone from strength to strength, carrying on to work in TV drama on titles such as Doctor Who (2011), Wallander (2010-15), The Tunnel (2013) and Quirke (2014). Over a five year period, she co-directed and edited her personal film The Invisible Man (2014), for which she won the 2016 IFTA for Best Editing in Television. Most recently, she has edited the incredibly successful BBC One shows Three Girls, starring Maxine Peake and The Missing Series 1, starring James Nesbitt and Frances O’Connor along with the Netlix phenomenon The Crown, starring Claire Foy and John Lithgow. Úna is currently editing Stan and Ollie (2018), a feature film starring Steve Coogan and John C Reilly.

This masterclass will be chaired by award-winning film and TV director Dearbhla Walsh (Fargo, Penny Dreadful, Roald Dahl’s Esio Trot) who will talk with Úna about her career to date and the craft of storytelling in the edit. Both Dearbhla and Úna have also worked together on the IFTA-winning The Silence (2010) and on Hozier’s music video for Cherry Wine (2016).