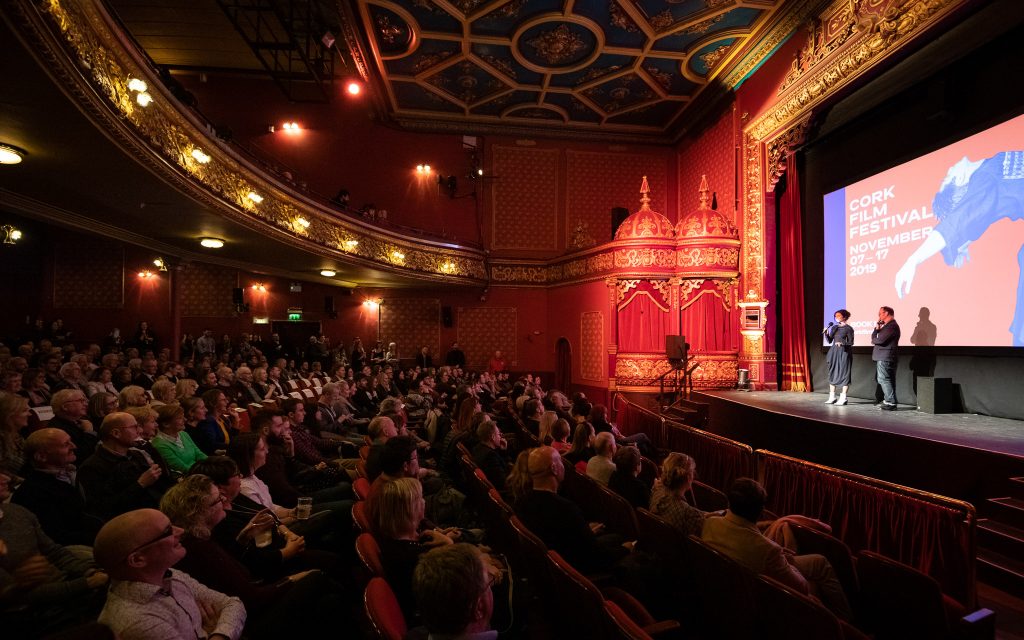 The Retrospective includes six international features by acclaimed directors, including Beau Travail from French director Claire Denis, The Mourning Forest from Japanese director Naomi Kawase and Daisies from Czechoslovakian director Věra Chytilová. Ireland is represented by Pat Murphy’s Nora and Kirsten Sheridan’s Disco Pigs together with a specially curated programme of shorts. Explore the works of experimental and ‘artist moving image’ filmmakers in two programmes created in partnership with aemi (Artists’ and Experimental Moving Image), and be amazed by the work of Maya Deren, one of the pioneers of female cinema in CIFF’s online-exclusive documentary, Martina Kudláček’s In the Mirror of Maya Deren.

Anna Kopecká, CIFF Director of Programming, commented: “We continually seek to champion new voices as well as celebrate auteurs and established directors through our curated programmes. This year, we pay particular attention to bold and uncompromising Irish and international female directors, paying tribute to their fantastic work that changed the history of cinema and keeps challenging our understanding of what cinema is. We open our Festival with a warm yet realistic love story from acclaimed British director Clio Barnard and we are proud to present our retrospective programme Female Visions, giving audiences a unique opportunity to re/discover fiction and documentary movies by visionary female filmmakers both on the big screen and online.”

CIFF welcomes festival audiences to Ireland’s first and largest film festival for a compelling programme of inspiring films to be enjoyed safely and comfortably, whether in venues or at home. A curated programme of in-venue screenings and events will take place in The Gate Cinemas (Cork City, Midleton and Mallow), The Everyman and Triskel from Friday 5th to Friday 12th November, followed by a nine-day digital programme on corkfilmfest.org from Saturday 13th to Sunday 21st November. The digital Festival comprises three programmes of 12 screenings (features, documentaries and shorts), each of which will be available for 72 hours.

CIFF celebrates its 66th edition in 2021 with a diverse selection of Irish and world premieres and special events which will be accessible to audiences both in Cork and throughout the island of Ireland. The full programme will be announced on Thursday 14th October when all programme information and tickets will be available through corkfilmfest.org and via the myCIFF App (available on App Store and Google Play).

CIFF Festival Director and CEO, Fiona Clark commented: “We are really excited to welcome audiences to this year’s Festival, both in cinema in Cork City and County, and online via our Digital Festival Platform, over 17 packed days. Our programme offers film fans both locally and nationally the chance to see acclaimed films alongside new discoveries, whether in venues (with safety and ease our priority) or from the comfort of home. We look forward to sharing our carefully curated selection of Irish and international premieres, presented on the big screen again, from 5th to 12th November, and, following the enormous success of our digital festival in 2020, are delighted to offer an extensive programme of features and shorts online 13th – 21st November. Our Festival will be more accessible than ever before, allowing greater opportunities for everyone to discover film and reimagine the world.”

The 66th Cork International Film Festival kicks off on Friday, 5th November with the heart-warming and charming love story, Ali & Ava from acclaimed director Clio Barnard (The Selfish Giant). Set in working-class Bradford, the film follows friendly, outgoing landlord Ali (BAFTA award-winner Adeel Akhtar) and Ava (Claire Rushbrook, Secrets and Lies), an Irish-born single mum of five, who form a close bond through their deep love of music. Called an “understated triumph” by The Guardian, and featuring a cracking soundtrack that drives the story forward, Ali & Ava is another outstanding work from one of the UK’s finest directors.

Following the huge success of the Cork Costume Trail in 2020, visitors to and residents of Cork are invited to explore the Festival’s heritage and the cultural footprint of film in Cork by embarking on a city-wide Trail of Discovery during CIFF. A connected series of exciting visual displays will be exhibited throughout the City at venues such as The Gate Cinema and The River Lee, which can be followed using our online map and accompanying podcast. Complementing Female Visions, festival-goers are invited to combine their filmgoing via the trail and explore the city, enjoying the finest hospitality Cork has to offer.

Amplifying CIFF’s renowned multi-disciplinary partnerships, including with the National Sculpture Factory, CIFF celebrates emerging artistic talent with its commission of ‘Crashers’, a bespoke artwork from Cork-based digital media artist and Sample-Studios Graduate Artist-in-Residence, Elinor O’Donovan. Presented in her playful, contemporary style, ‘Crashers’ celebrates and responds to themes from Female Visions and CIFF’s rich Digital Archive amassed over 65 years. Elinor’s unique contemporary artwork will be publicly exhibited as part of CIFF’s Trail of Discovery and is funded by the Arts Council through their Commissions Award 2021.

CIFF will continue to take appropriate measures to protect audiences, filmmakers and staff, including online booking (through the myCIFF App and corkfilmfest.org) with automatic dynamic seating to ensure space between booking parties and enhanced cleaning and venue procedures, to deliver a safe and enjoyable experience for the public this November.

The full programme for CIFF2021 will be announced on Thursday 14th October.