Highlights from ‘Innovators’ Event at the Lighthouse Cinema, Dublin, 22 October 2016

Women in Film and Television Ireland in collaboration with the U.S. Embassy in Ireland, presented our October event INNOVATORS, with a particular emphasis on creative, business and technological innovations in an ever-changing media landscape.
The event began with a presentation from Madeline Di Nonno, CEO of the Geena Davis Institute, followed by a panel discussion with Madeline Di Nonno, EMMY award-winning director Dearbhla Walsh, Jennie Stacey, Director of Development at Brown Bag Films, moderated by acclaimed Irish actor, Ger Ryan. The panel came together to talk about the technical and creative innovations they are witnessing in their fields and the issues facing the media industry, particularly in film and television.

Click here to listen to the full event, including robust Q&A session.

Here are some of our highlights from the first part of the event: Madeline Di Nonno’s presentation of the groundbreaking Geena Davis Inclusion Quotient (GD-IQ) 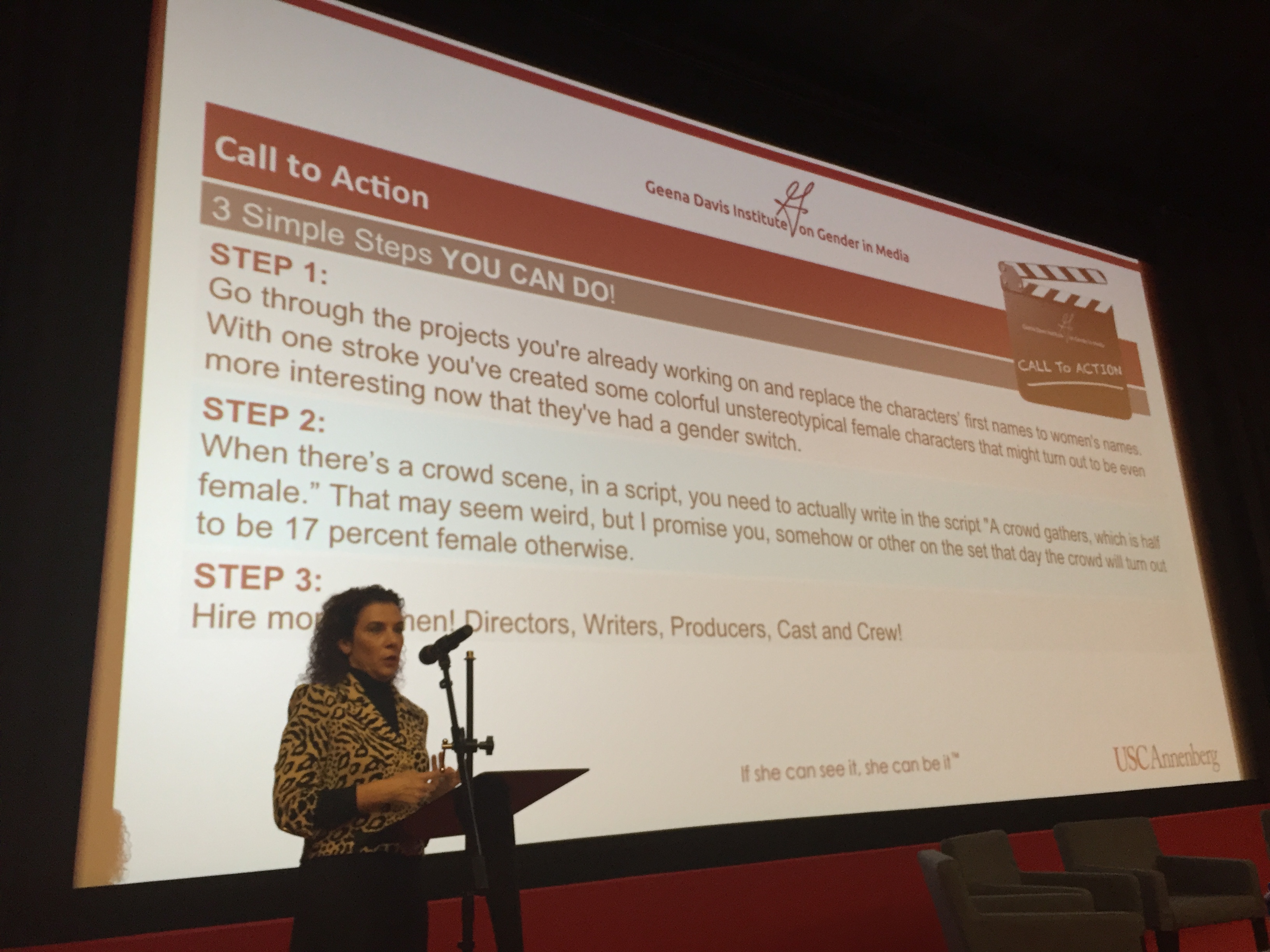 Madeline Di Nonno gave a super presentation which included the European Premiere of GD-IQ, a tool that employs video- and audio-recognition technology, along with algorithms, to identify gender, speaking time and additional details about characters presented in films, television shows and other media.

The GD-IQ is a fascinating software tool that gives researchers the ability to automate the painstaking data-collection process that researchers use to study representation and more rapidly unveil their media content findings. The tool can measure screen time and speaking time of the characters by using automated analysis and allows the recording of accurate gender portrayals in films.

We have included a number of screenshots from Di Nonno’s presentation at the event, and a full summary of report findings can be found on the Institute’s website here. 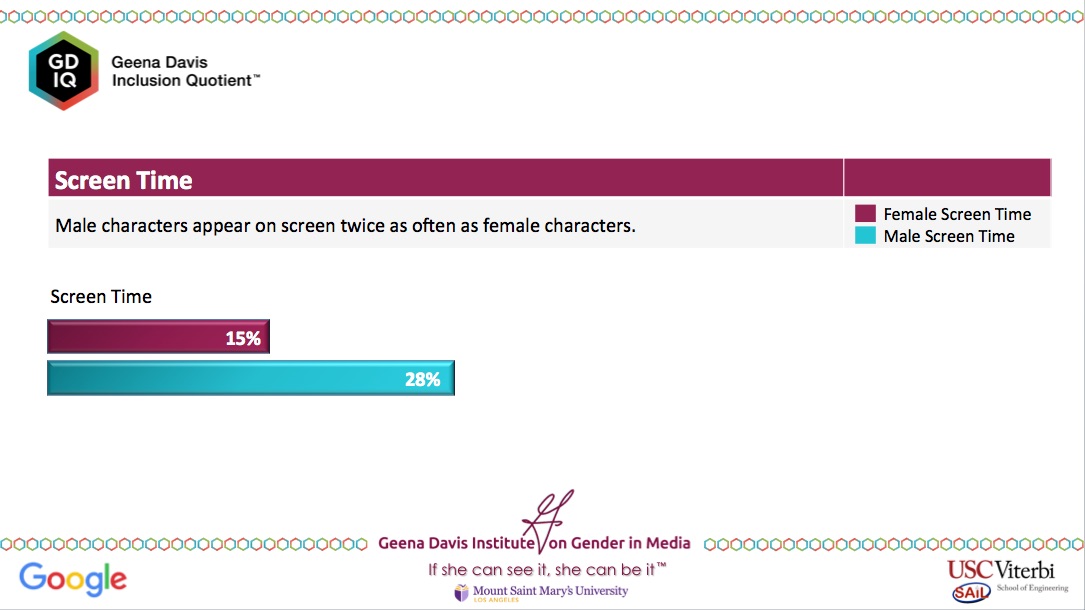 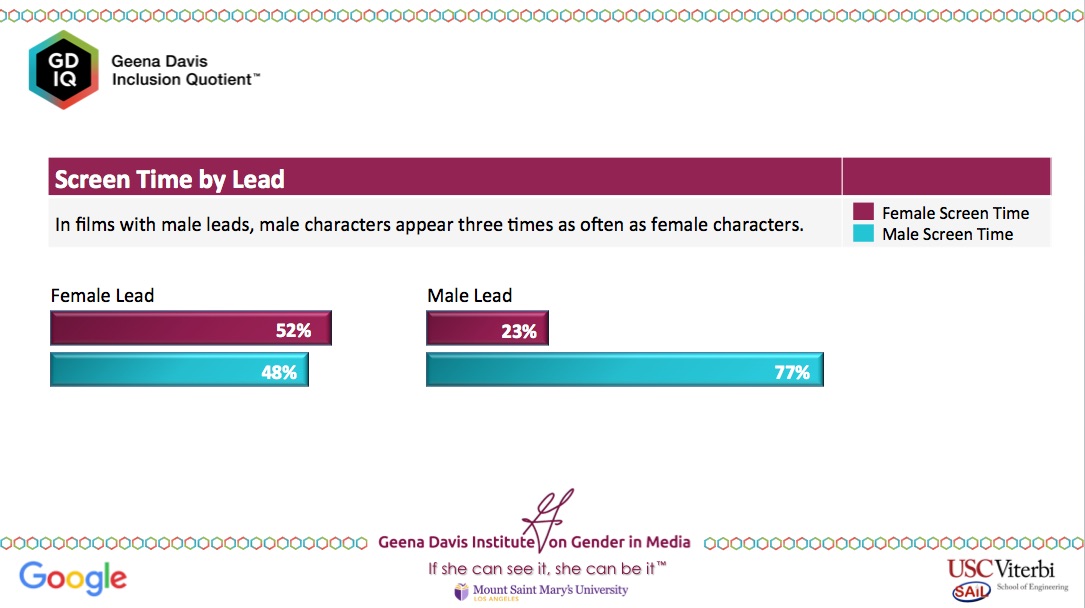 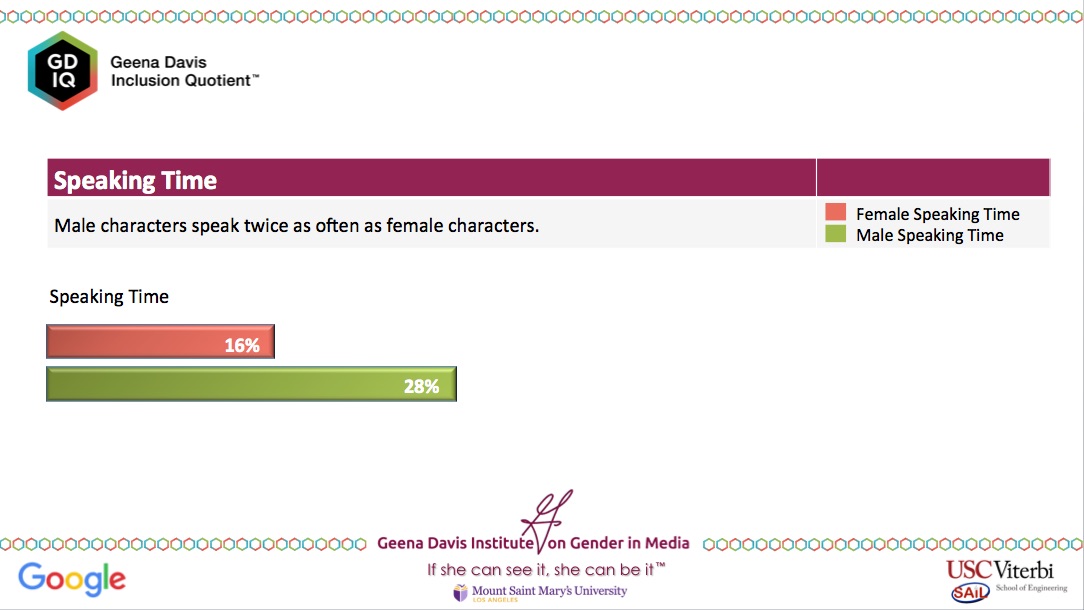 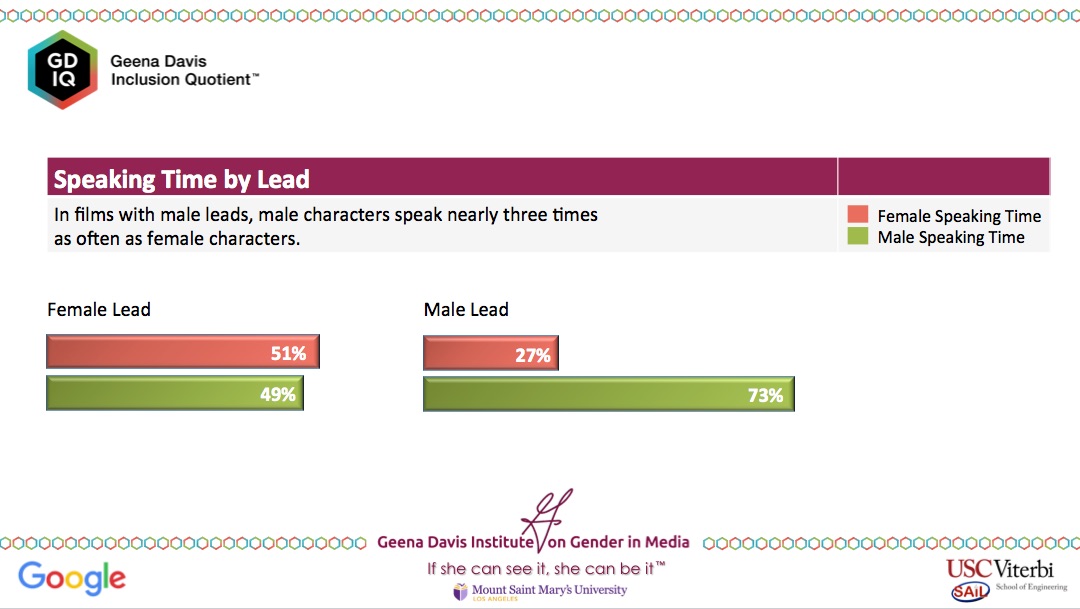 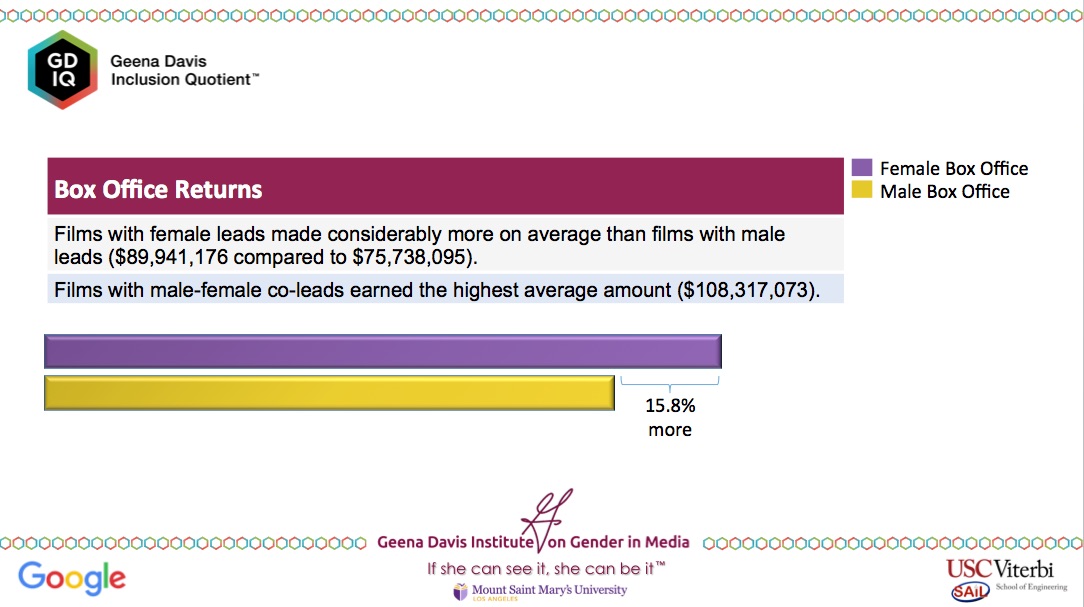 The results indicate a large disparity between men and women still exists in the film industry and that “women are underrepresented in film, and when they do appear, they are seen and heard far less than male counterparts”. But as Di Nonno said, “The GD-IQ research is a tool to help inspire change… It’s not meant to criticize; it’s meant to have the facts so that content creators can be aware and learn from it.”

The GD-IQ tool helps to arm researchers and industry professionals with the facts and figures needed to verify and help combat the inequality and unconscious bias that exists in the industry. 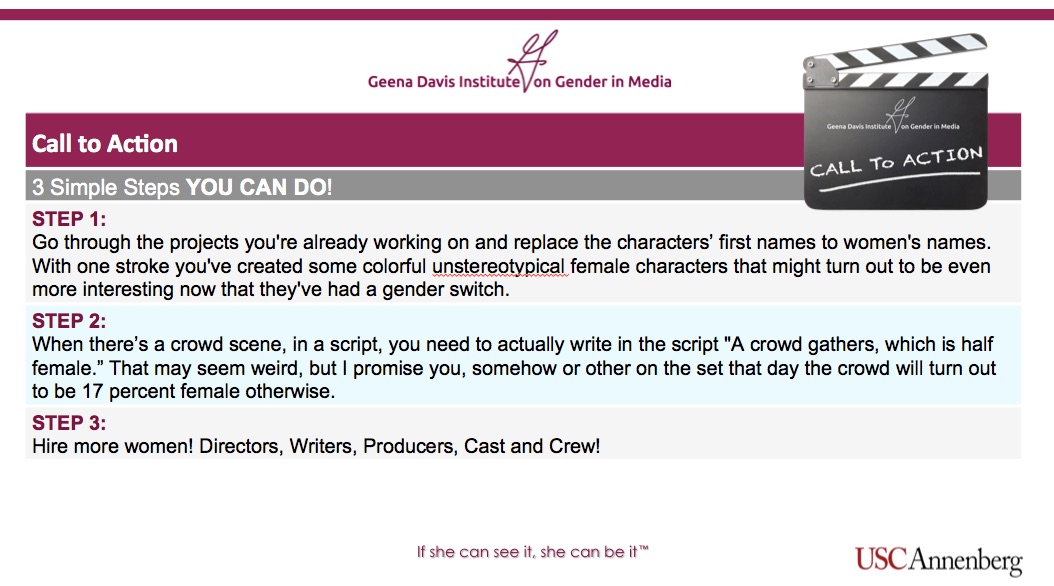 Madeline’s presentation and the findings from the GD-IQ tool prompted a number of questions from the audience that segued neatly into the panel discussion from the group where they discussed funding for the research, creative innovations in directing and storytelling and the common barriers to entry for women in the industry. 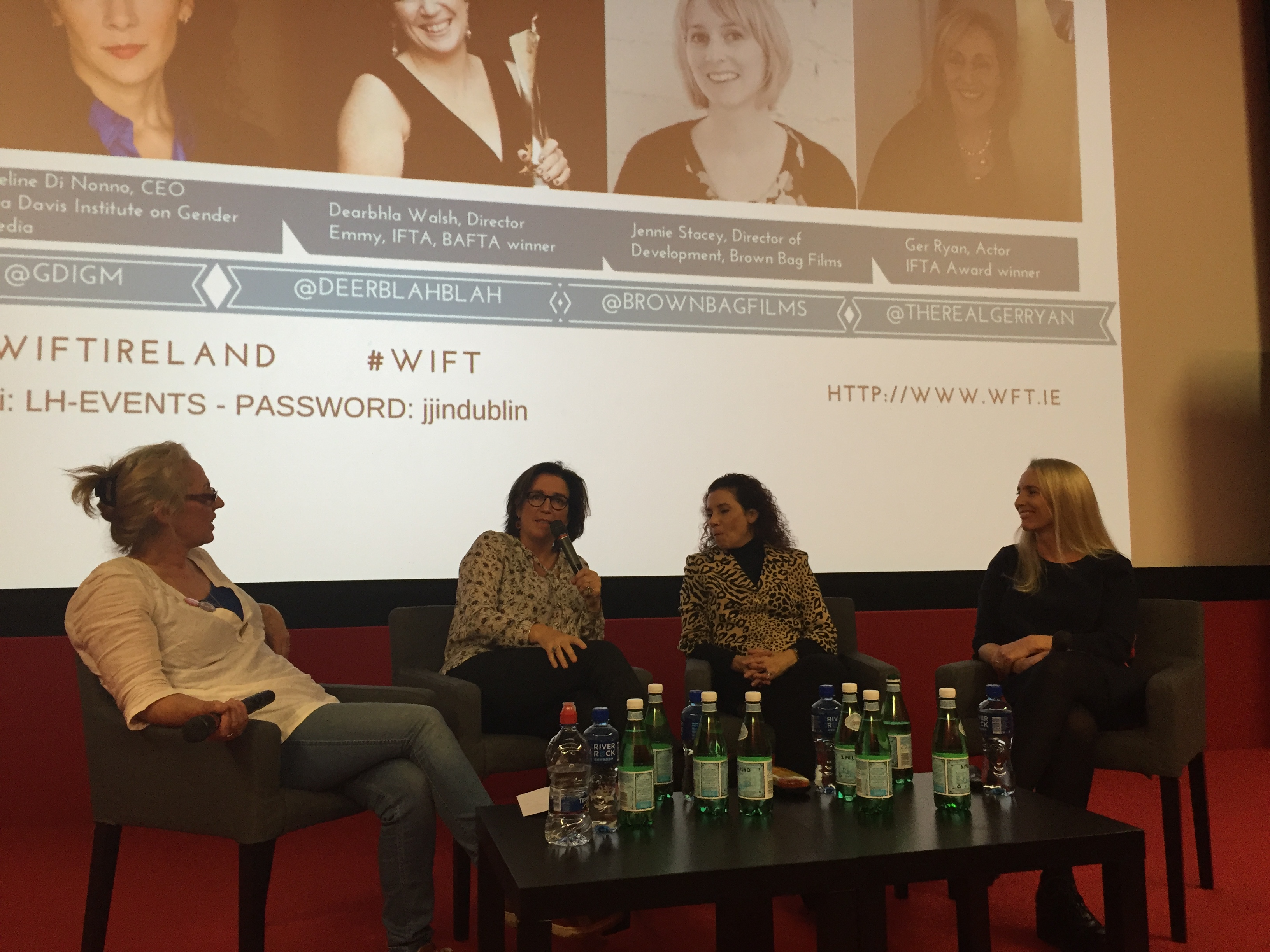 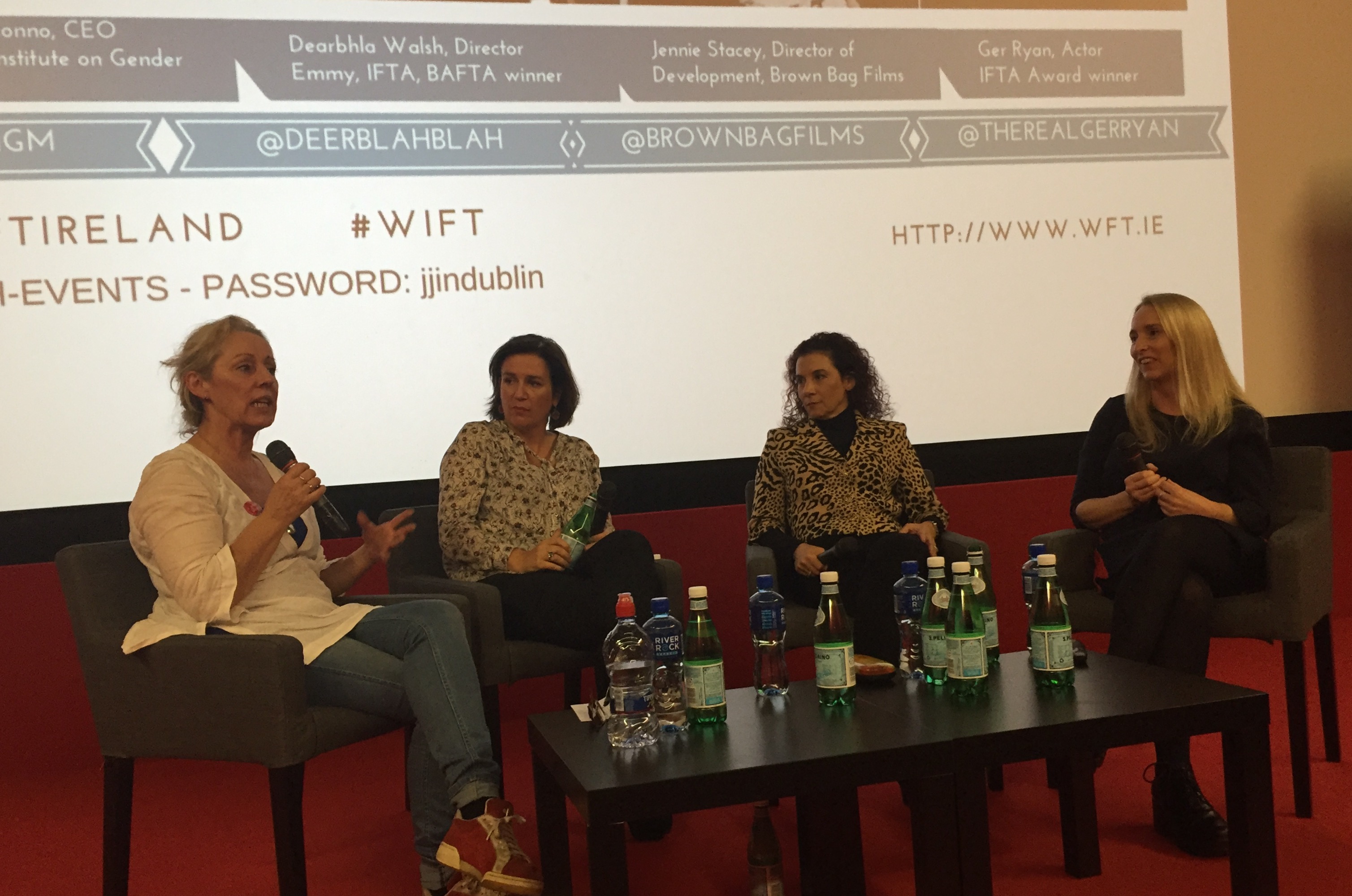 Click here to listen to the full two hour event, thanks to Steven Galvin at Film Ireland