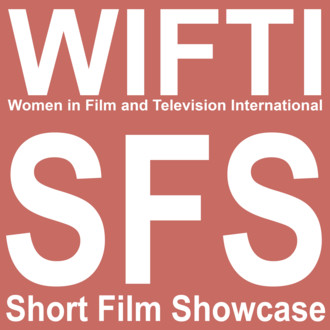 Women in Film and TV International is running a SHORT FILM SHOWCASE and all chapters are invited to take part…!

If you’re a current WFT Ireland member, you can submit a short film (that has a female director) for free to the WFT International Short Film Showcase, via Film Freeway. A panel of WFT International judges will select winning entries in the categories of Narrative, Animation and Documentary. There’s a $500 prize for each of the three categories.

As well as this, we will gladly put all submitted films on our WFT Ireland You Tube channel (if the filmmakers wish) and we also hope to run a showcase event, screening shortlisted entries, for International Women’s Day 2018.

How to take part:

WFT International says…
“The Short Film Showcase is a powerful demonstration of our members’ creativity, vision, and artistry. Founded in 2004, the Showcase presents selected films from Women in Film & TV International Chapters around the world; some of the recent Showcase short films have been nominated for Academy Awards received distribution deals and garnered other recognition globally. WIFTI encourages unique points of view and storytelling that focus on subjects/issues that concern women.”