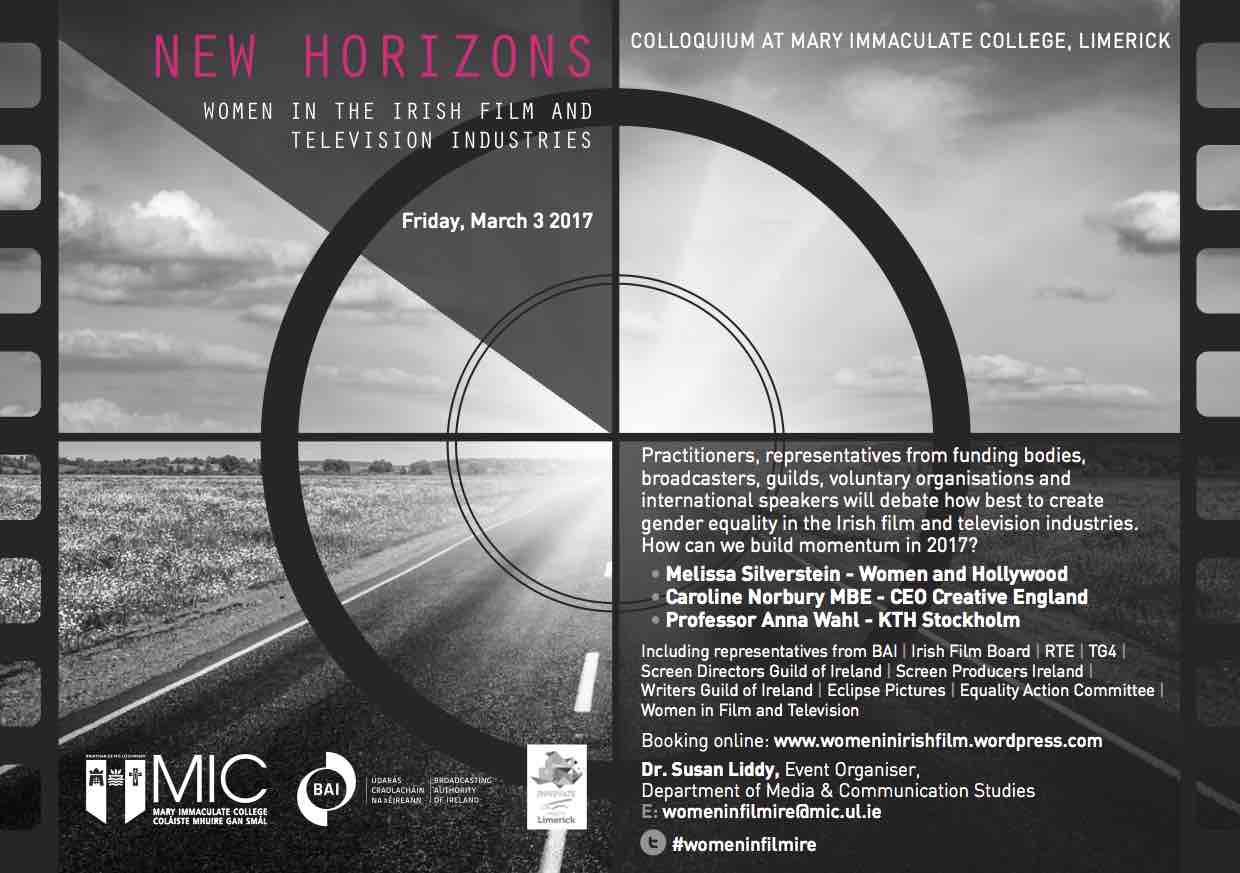 This year Limerick is calling again! This day-long annual event will monitor what’s been happening for women in the Irish film and television industry over the last year.  And what needs to happen in 2017 to bring about the change we need for an equal industry. The 2017 colloquium is a national and international conversation.

Professor Anna Wahl of KTH Stockholm, a renowned expert on gendered organisational cultures and combating unconscious bias. Professor Wahl has worked closely with many organisations including the Swedish Film Institute.

Melissa Silverstein who is a writer, campaigner and blogger. Founder of Women and Hollywood and Artistic Director and co-founder of the Athena Film Festival.

Two Irish panels will look at gender and organisations and finding and nurturing female talent. Confirmed speakers for those panels include:

There is an early bird rate of €15 if you book online before Wednesday 1st March, click into our Registration Page;  €10 for students with valid ID or €25 at the registration desk. This is going to be a great day!

If you have any questions email: womeninfilmire@mic.ul.ie