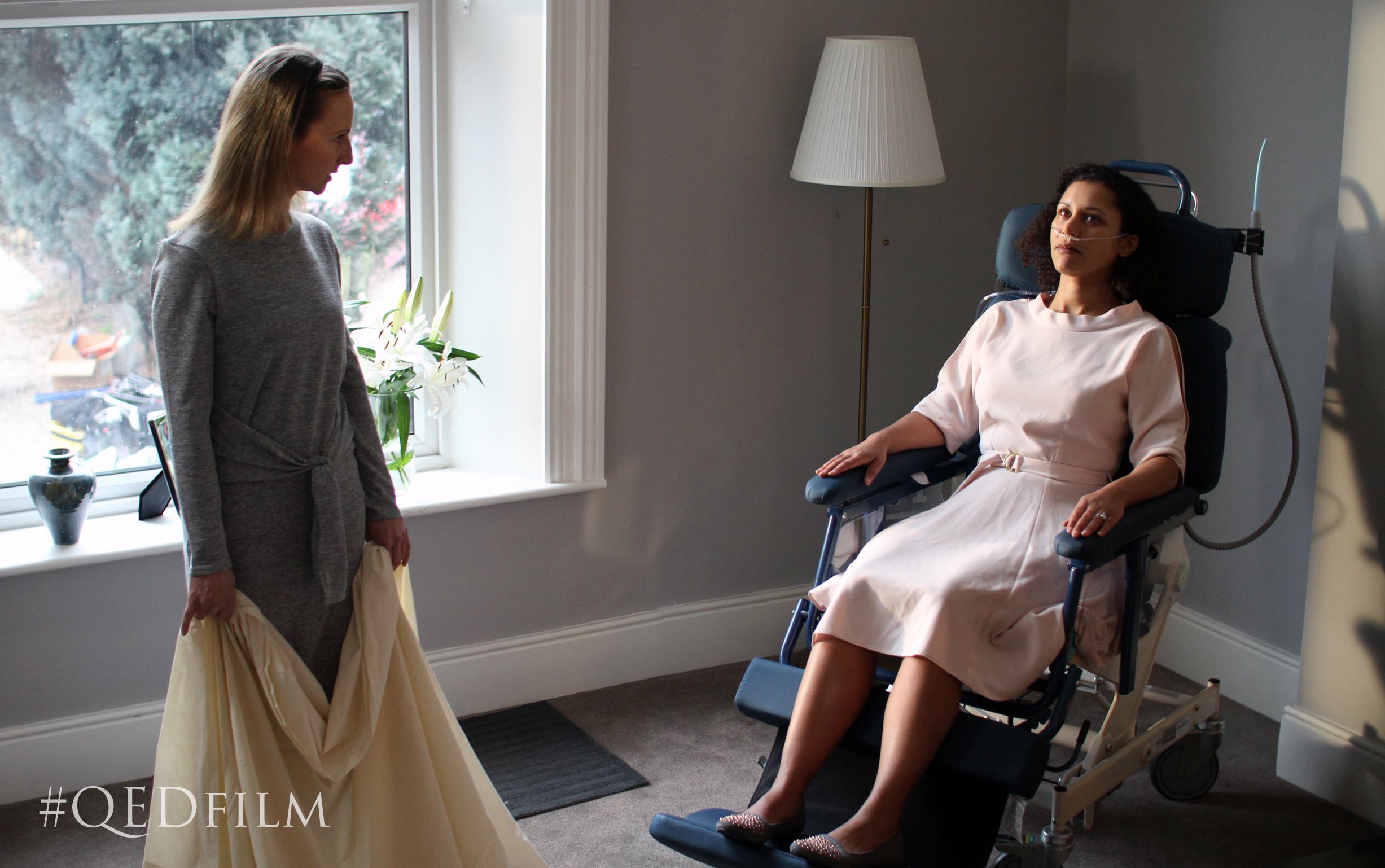 Filmmaker Amy-Joyce Hastings, alongside DOP Jaro Waldeck (both WFT Ireland members!!) will be screening QED​, a powerful human rights short, at the 17th Santa Fe Film Festival in February. This will be the film’s international premiere.

Congrats to all involved. Press release below.

QED​, a powerful human rights short directed by Galway actress Amy-Joyce Hastings will have its international premiere at the 17th Santa Fe Film Festival in February. This will mark Hastings’ third appearance in Santa Fe. She has screened there twice previously as an actress; when Game of Thrones​ creator George R. R. Martin personally hosted the US premiere of her romantic comedy feature The Callback Queen​ at his famous Jean Cocteau Cinema, and at the 2016 festival when her participating film Lily​ won both ‘Best Narrative Short’ and the ‘Courage in Cinema’ Award for its director Graham Cantwell.

Billed as a stylish urban drama with deep emotional resonance, QED​ tells the story of Jack and Ali – a happily married couple until a terrible accident shatters their perfect world. In the aftermath Ali struggles to accept their new circumstances, while Jack retains hope their lives will return to normal. As the difficulties of their daily reality grind them down, Jack finds emotional solace in a flirtation with work colleague Claudia, while Ali is increasingly left alone with home carer Maria.

Ali’s emotional distress meanwhile manifests ever more frequently in dangerous episodes. Just as Jack finally comes to accept things as they are and commits himself to do better, Ali has reached her own conclusion about the future and puts their love to the test. Exploring the theme of sacrificial love, QED poses the ultimate question, ‘What won’t love do?’ QED​ premiered at the 29th Galway Film Fleadh and screened at the Kerry Film Festival and the Richard Harris International Film Festival in Limerick late last year.

Says Hastings about the film, “QED is ostensibly a drama exploring love and fidelity but it is at its core a complex human rights issue that will become more prevalent in our society as we live longer. I approached the film from the perspective of being a prisoner in your own body. As a society we deny people their human rights in determining on their own behalf whether they want to live like that. We meet two active, sexual, successful characters – take all that away and their marriage as they knew it is destroyed, but their love remains. Agápē – a love that is prepared to sacrifice itself for a higher purpose. She loves him and so doesn’t want to condemn him to a lifetime of celibate caretaking. He loves her and wants to release her, but feels it’s an impossible ask… What won’t love do? Can you ask someone you love to suffer; to sacrifice their own life to look after you; to live with your death on their conscience? Can you set them free even if it would destroy you? The ending is deliberately ambiguous. I leave it to the individual viewer to interpret. My entire thesis with QED is about the individual’s right to decide, not society’s right to superimpose their decision onto somebody who’s physically incapable of determining their own future. It’s a hard, emotive subject, but I think it is the role of art to shine a light on difficult topics.”

The film was co-written by Hastings and lead actor Michael O’Kelly (Red Rock​). It stars Donna Anita Nikolaisen – best known for her role as Ama Chisenga in Fair City​ – as Ali, with prolific actresses Norma Sheahan (Handsome Devil​) and Charlene Gleeson (Penny Dreadful​) cast in the other principal roles.

QED is actress Hastings’ fourth short film behind the lens – In July 2016 she wrote & directed Body of Christ​, a micro short commissioned by the Galway Film Centre. Body of Christ won ‘Best One Minute Film’ at the 7th Underground Cinema Film Festival, 2nd place at the 28th Galway Film Fleadh’s ‘One Minute Film Festival’. The film was also nominated for the Micro Cinema Award at the Blackbird Film Festival in New York last year and is nominated at the upcoming Sky Television’s Short Film Show Awards later this year. Previous shorts as writer/director include Hear Me Now​ ​and Nocturne Passage​. Along with writer/director Graham Cantwell, Hastings co-founded independent production company Film Venture, whose recent films The Callback Queen ​(feature) and Lily ​(short film) have earned a combined three IFTA nominations since 2016.

QED was shot on various locations in and around Dublin. Trisha Flood, Danielle Collins, Jannik Ohlendieck and Michael O’Kelly produced, with Alan Fitzpatrick, Graham Cantwell and Alice Mansergh as Executive Producers for Filmbase and Film Venture.