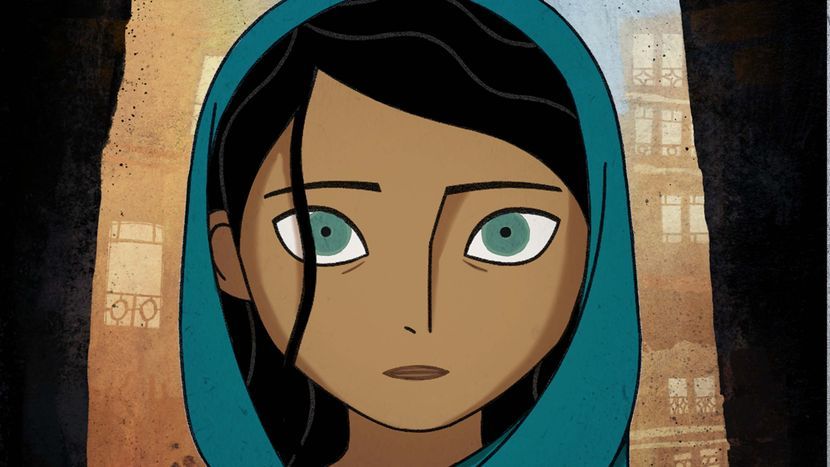 The Breadwinner – an Irish-Canadian-Luxembourgian animation, directed by Nora Twomey and executive produced by Angelina Jolie&Mimi Polk Gitlin – has enjoyed its European premiere at the BFI London Film Festival, and the glowing reviews are rolling in…

Delighting in the ancient tradition of storytelling as a means of education and understanding as well as entertainment, Nora Twomey’s The Breadwinner is a richly animated jewel set in the desolate, Taliban-ruled Kabul of 2001 in the run-up to war.

Parvana, voiced with maturity and conviction by Canadian newcomer Saara Chaudry, is caught between the innocence of girlhood and challenges of adolescence. Fraught with all the inherent complications for any young woman, this transition is made all the more difficult given the ruthless oppression to which women of all ages are submitted in the Afghan capital at the time of the film’s setting. Twomey, who makes a highly commendable solo directorial debut with The Breadwinner having worked on the Oscar-nominated The Secret of Kells, does not shy away from these brutal realities. Centred on a young female character who must display maturity and courage well beyond her years, the themes of Deborah Ellis’ novel (who transformed her work for the screen along with Anita Doron) are of an unquestionably adult nature.

However, Twomey has distilled these issues, without over-simplifying them in any way, to make them accessible for all audiences, by channelling them through a narrative that operates on multiple plains. In an early scene during which her father explains the endless cycle of bloodshed and survival their ancestors have endured, accompanied by visuals of an enchanting storybook montage – a wonder to behold throughout, Parvana says she is ‘too old for stories.’ But, whether knowingly or not, the apple has not fallen far from the tree and when her father is taken away to a prison by a vicious, sadistic, over-zealous Taliban member, she is the lone member of her family (comprised of her mother, elder sister and infant brother) who may gather the necessary food and supplies for their survival.

In a society of total male dominion Parvana cleverly disguises herself as a boy in order to be able to leave the house and earn the money necessary to provide for her family. Learning from newly made friend Shauzia (Soma Chhaya), similarly hiding in plain sight, this change of circumstance marks an upturn in colour, optimism and opportunity for the girls but their precarious situation remains highly dangerous. Parvana’s plight to rescue her frail, crippled father from his unjust incarceration comes to mirror the story she tells of a brave young boy who travels to the mountain of a fierce Elephant King to free a suppressed people from under the heel of tyranny.

This allegorical thread, the threat of imminent war, further bloodshed and a family fleeing from conflict build to a breathless crescendo as fighter jets soar overhead, bombs begin to fall and panic ensues at the prison where Parvana’s father is held. A late injection of bitter poignancy, relating to how our heroine’s elder brother died years previously, lends even greater emotional heft to a film that is perfectly constructed, composed and ultimately a cathartic lesson in love conquering hate.