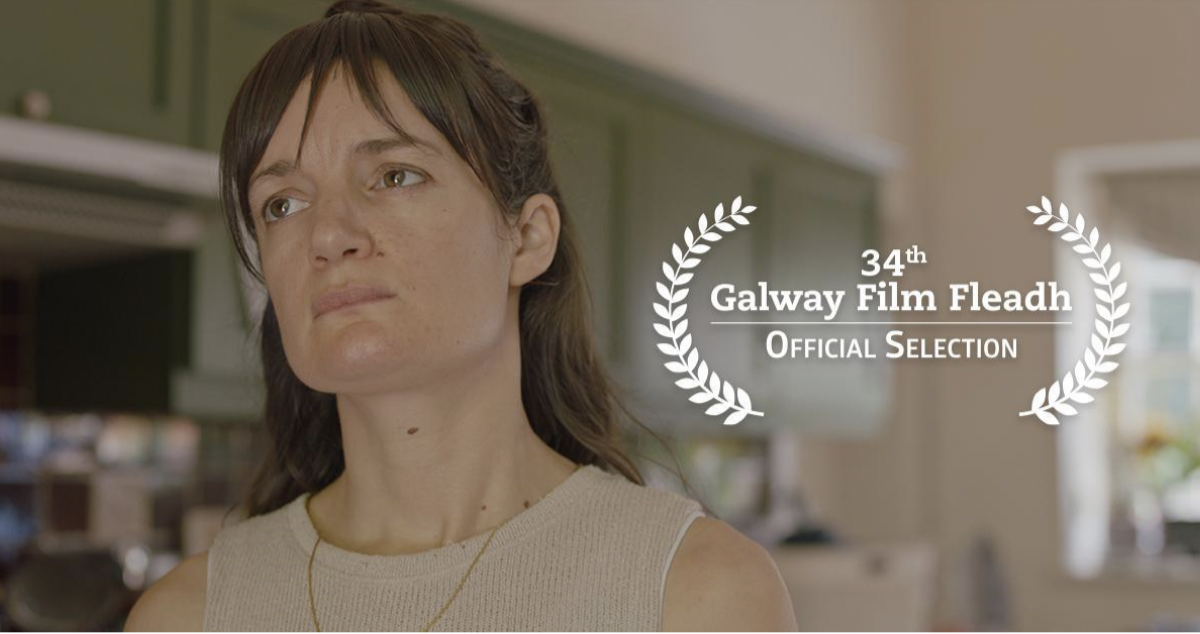 An ordinary day takes a sinister turn for a woman and her child when a stranger walks into their isolated rural home.

Fresh from its World Premiere at the prestigious Tribeca Film Festival in New York, where it was selected out of a record-breaking 7,200 short film submissions, Screen Ireland Focus Short LAMB is coming home to have its Irish Premiere at the 34th Galway Film Fleadh on 9 July 2022. Shot on location in Cork, LAMB is a tense psychological thriller starring Aoife Duffin (Moone Boy, Resistance) and Éanna Hardwicke (Normal People, Vivarium, Smother). LAMB is the third short film by award winning Cork based filmmaker and WFT Member Sinéad O’Loughlin (Homecoming, Stray) and is produced by fellow member Lara Hickey (Bainne, Cynthia), who has been nominated for a Bingham Ray New Talent Award!

They are coming home to fantastic news as both star Éanna Hardwicke and Producer Lara Hickey, have been nominated for the Bingham Ray New Talent Award at the Galway FIlm Fleadh. Sinead and Lara met at the X-Pollinator initiative in 2019, a pioneering development initiative supported by Screen Ireland, the BAI and Creative Europe. From there the two fostered a collaborative relationship, with an interest in female-led, female-focused stories. A sentiment which crossed over into a majority female cast and crew on Lamb, of which 66% were women.

Lamb is supported by Screen Ireland as part of its Focus Shorts scheme for emerging filmmakers with bold and original voices and was one of four projects chosen out of 130 applications for funding. The short is produced by award winning producer & fellow Member Lara Hickey for her production company Copper Alley Productions. DOP Dan Keane and Editor Kilian Waters from Arcade Film, regular collaborators with director Sinéad on her previous short films, were joined by composer and sound designer DIE HEXEN (You Are Not My Mother), production designer Angela Mulhern and with costume design by Sarah Heraughty. Post-production services were provided by Element Post Production and Raygun Creative Post Production.

“My intention in writing Lamb was to create a gripping, tense psychological thriller about a woman’s worst nightmare walking into her home. As a woman, I don’t think you ever lose your awareness of personal space and safety and you find yourself playing out scenarios, the ultimate “What would you do if..?”

As a director, I wanted the experience of the audience to mimic Sarah’s emotional journey throughout the piece. The casting for Lamb was pivotal. At its essence, it’s a one-scene, two-hander so the performances were everything. Aoife brought an incredible mix of vulnerability and strength to the role of Sarah and Éanna brought incredible nuance and menace to the character of Paul.

The Fleadh was the first film festival I ever attended as a teenager and I later studied in Galway so the city will always hold a special place for me. To have our Irish premiere in the Fleadh is a great honour and after sharing Lamb with an international audience in Tribeca, we can’t wait to bring it home to Ireland. Thank you also to Screen Ireland and Copper Alley Productions for making Lamb possible.”