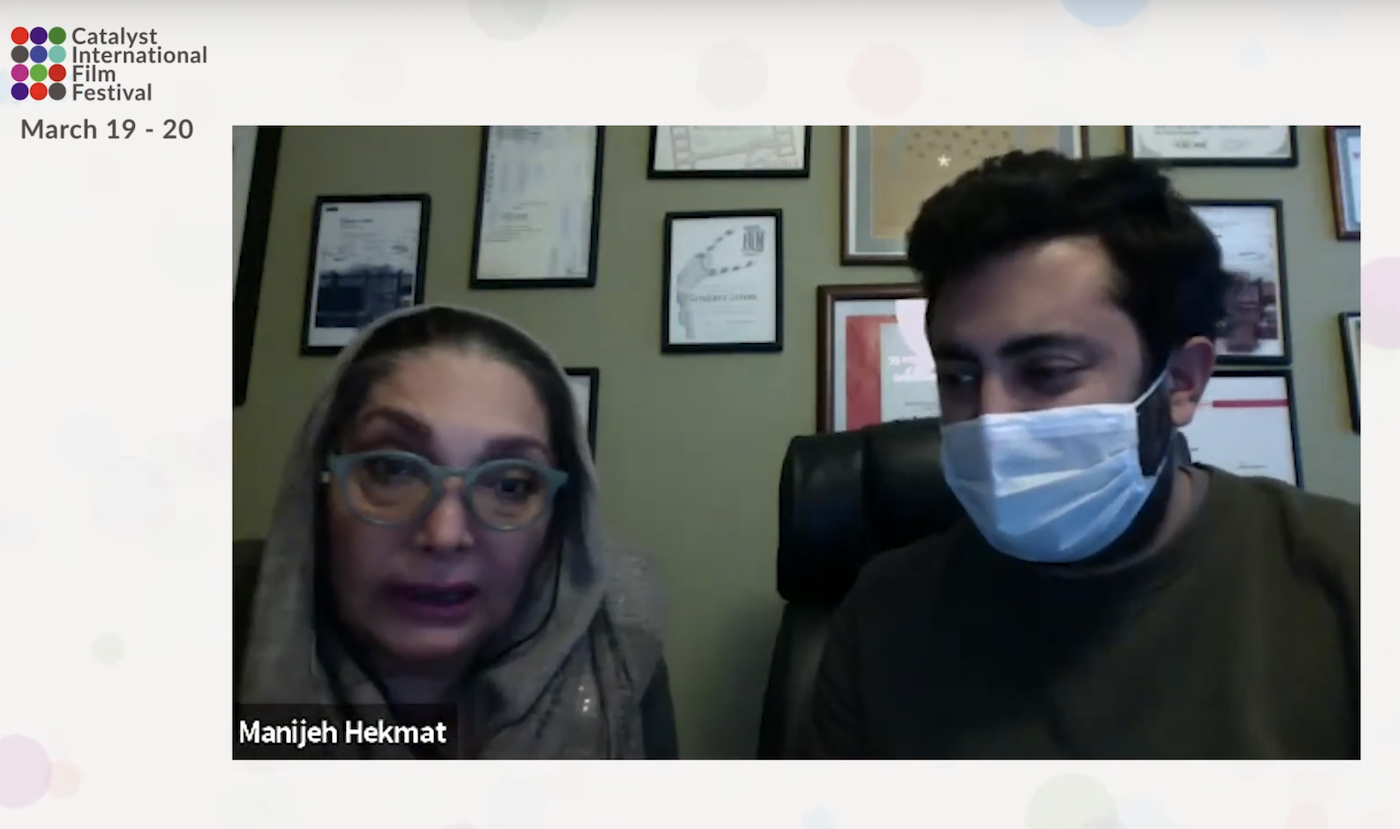 As part of the Catalyst International Film Festival, WFT Chair Dr. Susan Liddy chats with Bandar Band Director Manijeh Hekmat about her experience working to date, her striking film and her thoughts on the shifts in the industry as an Iranian film director.

After a long time, some Iranian women singers are going to enter an unofficial competition in a coffee shop in Tehran. Pregnant Mahla along with the other members of Bandar Band, her husband and one of their closest friends, starts her journey to Tehran from a southern province just when they have lost all they had in the flood. They still keep their hopes alive, however every road they take leads to a dead-end in a flood-stricken land. They intend to go to Tehran, but they wonder if it is just another turn around a vicious circle.

Watch the video in full here.