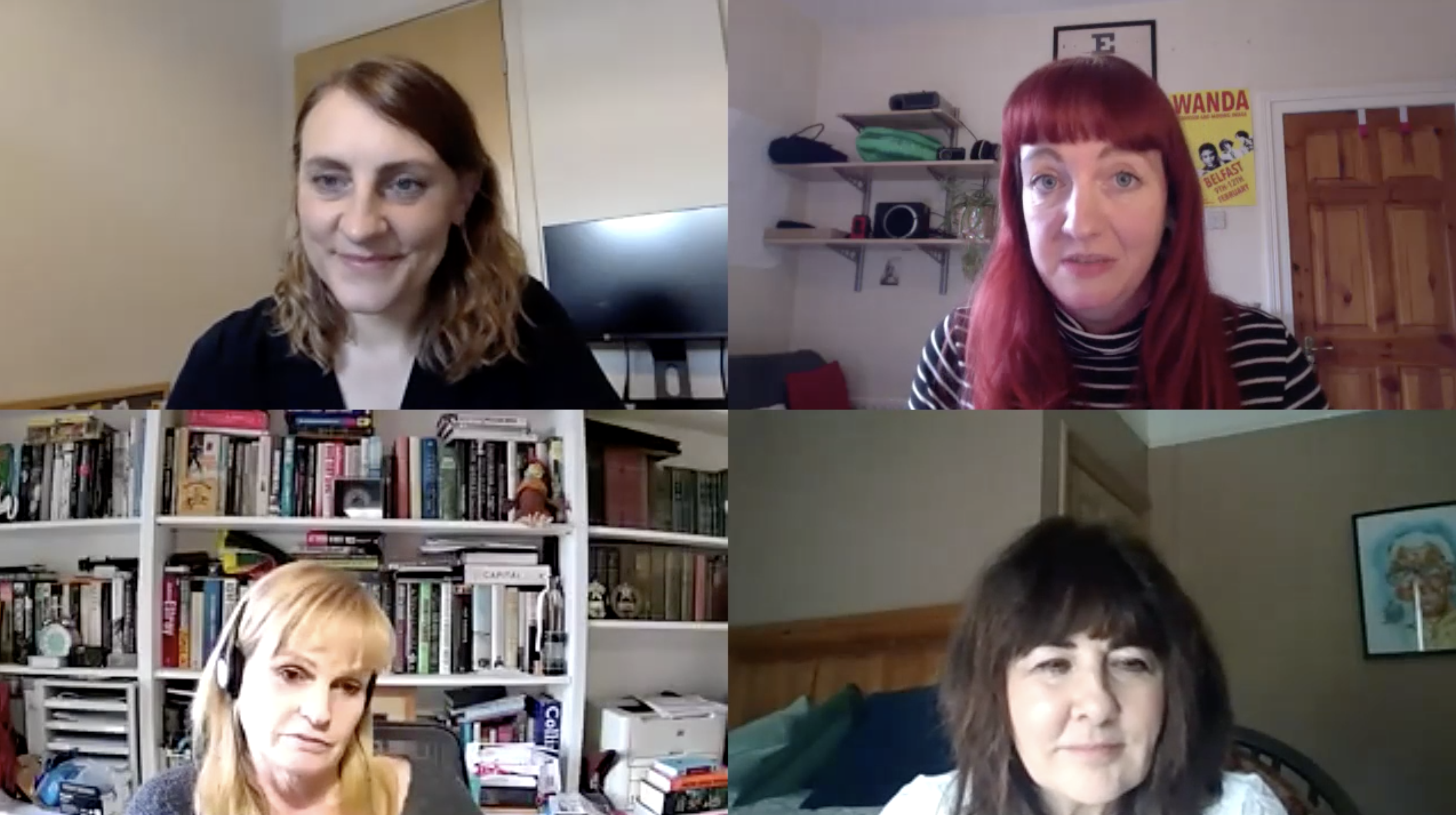 Watch the talk in full here.

WANDA: Feminism & Moving Image was founded in 2016 by film programmer Rose Baker and artist and educator Dr Laura O’Connor. The impetus behind the festival was a desire to connect feminist film history and culture with the ongoing campaigns for both abortion rights and LGBTQ+ marriage rights in Northern Ireland, and the ongoing international migrant crisis. The festival was named WANDA after the 1970 Barbara Loden film in which she starred, wrote and directed, showing the myriad of roles women take up within the film industry. Naming the festival as a tribute also highlights an important part of the original mission to champion ‘lost’ or underappreciated archive feminist works by women. Read more about what they do here.