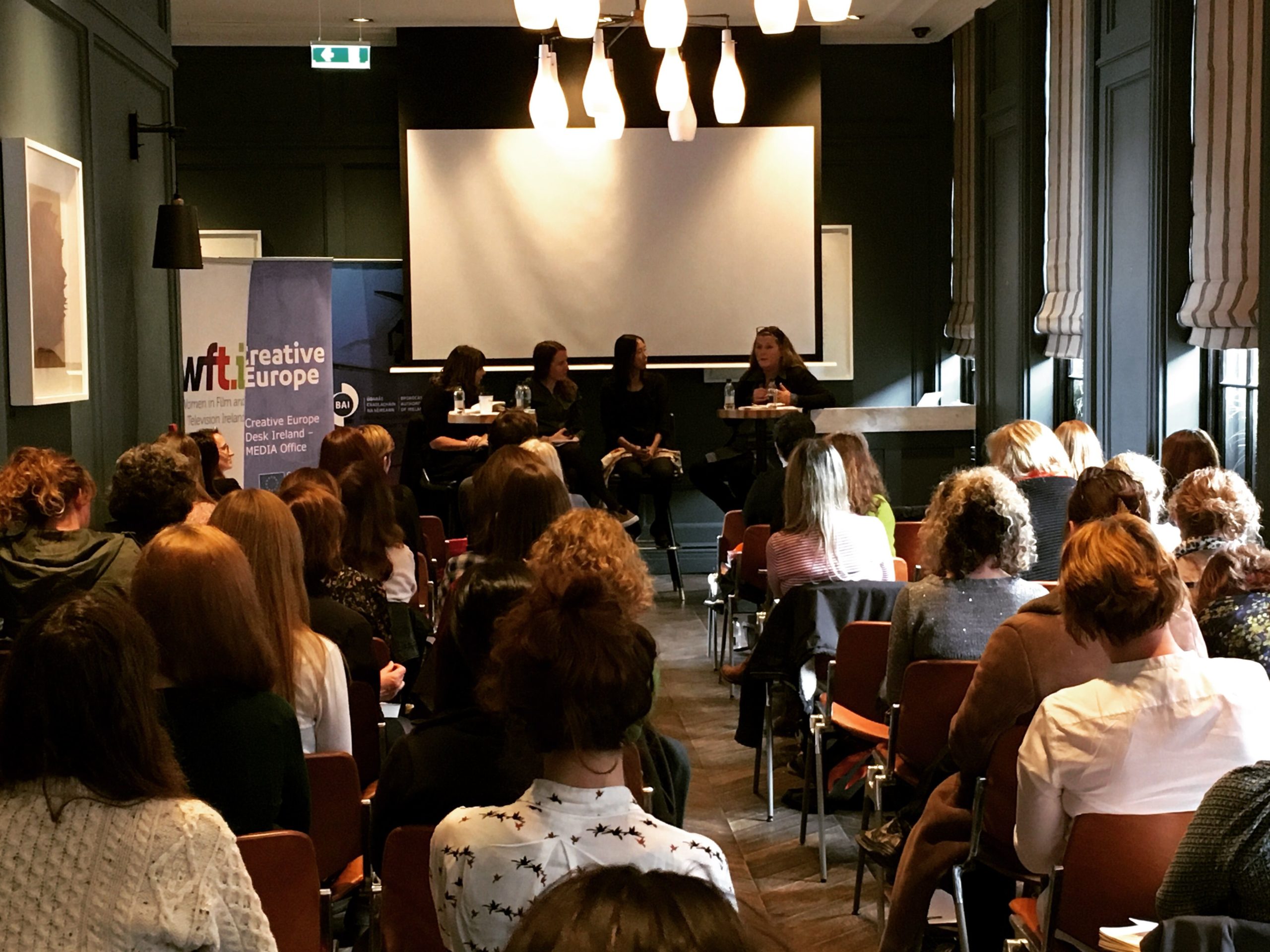 Raising Films Ireland will host a special panel at the 20th Virgin Media Dublin International Film Festival to celebrate the launch of their highly anticipated research report Pursuit of Change: Issues Affecting Parents and Carers in Ireland’s Screen Industries.  The panel will be moderated by WFT Chair and Raising Films Board Member, Dr Susan Liddy, who co-authored the report. It will include Oscar-nominated director Lenny Abrahamson (Room, Normal People), writer and actor Jody O’Neill (What I (Don’t) Know About Autism, Charlie), documentary director Anna Rodgers (How to Tell a Secret, When Women Won), and producer Macdara Kelleher (Foundation, Night Flyers).

The event will take place at Bow Street Academy in Smithfield, Dublin on Wednesday, March 2nd at 11am. Tickets for the event are now sold out which indicates the level of interest in this important issue.

Find out more about this event  here.

The panel will focus on the issues and opportunities facing parents and carers on a day-to-day basis in the everchanging world of television and film production.

The research report is based on the results of the first survey of its kind and explores the challenges that parents and carers in the Irish creative screen industries face on a day-to-day basis. The research team was led by Dr Susan Liddy, a lecturer in the Department of Media and Communication Studies in MIC, Chair of Women in Film and Television Ireland and a Board member of Raising Films Ireland. The team also includes Dr. Anne O’Brien (MU) and Ferghal Rhatigan (MU). It has been supported by the Screen Ireland Stakeholder Fund.

Dr Susan Liddy commented: “The Pursuit of Change survey was completed by over 450 people ensuring we no longer have to rely on anecdotal evidence or the accounts of a handful of workers to really understand how work in the screen industries can impact parents and carers. Juggling caring responsibilities and work obligations can be demanding across many sectors. But in the screen industries, characterised by so many freelance workers and extremely long working hours, there are very particular challenges. The report makes for grim reading with financial strain, exclusionary practices and, at times, outright discrimination facing many parents and carers. But it is heartening to have so many stakeholders unite to tackle the issue. Together, we have an opportunity to change the landscape, to recognise and honour the role that caring plays in all our lives and to ensure that we are not driving skilled and committed workers out.”

Raising Films Ireland Chair Ailish Bracken added:
“Raising Films Ireland are beyond delighted to finally be launching this important and ground-breaking research report. It is a culmination of the hard work of our research team, led by the unstoppable Dr. Susan Liddy, and the commitment of our board and the industry’s stakeholders to seriously interrogate how we work and who we value, with a view to making our working environment better. We are excited to share our findings with the industry and to use them as a call to action to rethink, readjust and open up to different ways of working that are more inclusive of parents and carers.”

Raising Films Ireland’s mission is to support, promote and campaign for parents and carers in the Irish creative screen sector. Raising Films Ireland carries out industry surveys across a range of concerns affecting parents and/or carers working in the screen sector. The findings revealed through all our research interventions are used to inform, educate, inspire and provoke change.

Raising Films Ireland works in partnership with key organisations to create surveys and work with academics specialising in research to interrogate the data. The reports we publish bring together quantitative and qualitative data and where possible offer recommendations for industry implementation.