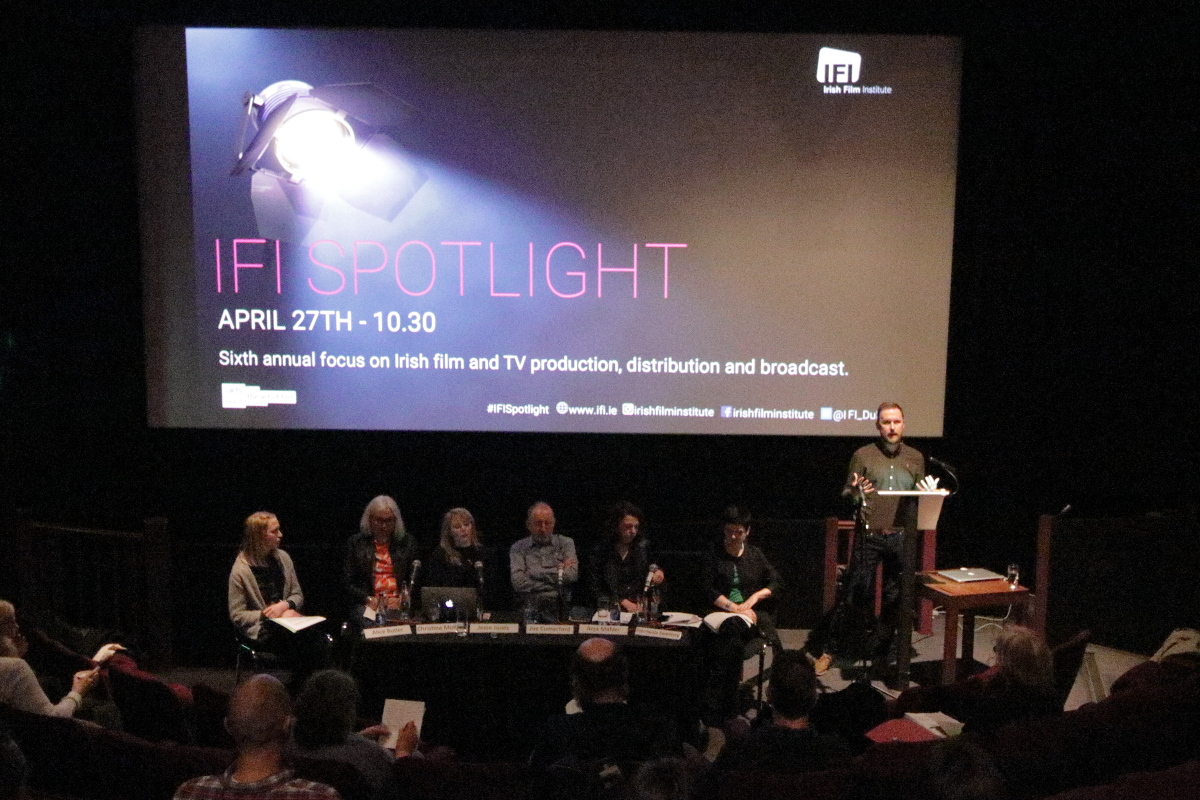 Book your tickets for IFI Spotlight 2022 which will take place on Wednesday 1st June from 10am.  Watch practitioners, journalists and academics as they interrogate the previous twelve months of activity in the Irish film and television industry.

The day will include a review of the year by Tony Tracy and Roderick Flynn; panel discussions on music and film (hosted by the Screen Composers Guild); Irish language and film (with TG4); D&I policies in the film industry and the power of casting to effect change moderated by our own Chair, Dr Susan Liddy; and a keynote address from investigative journalist Malachy Browne of the New York Times video unit.

Find out how you can book tickets here.