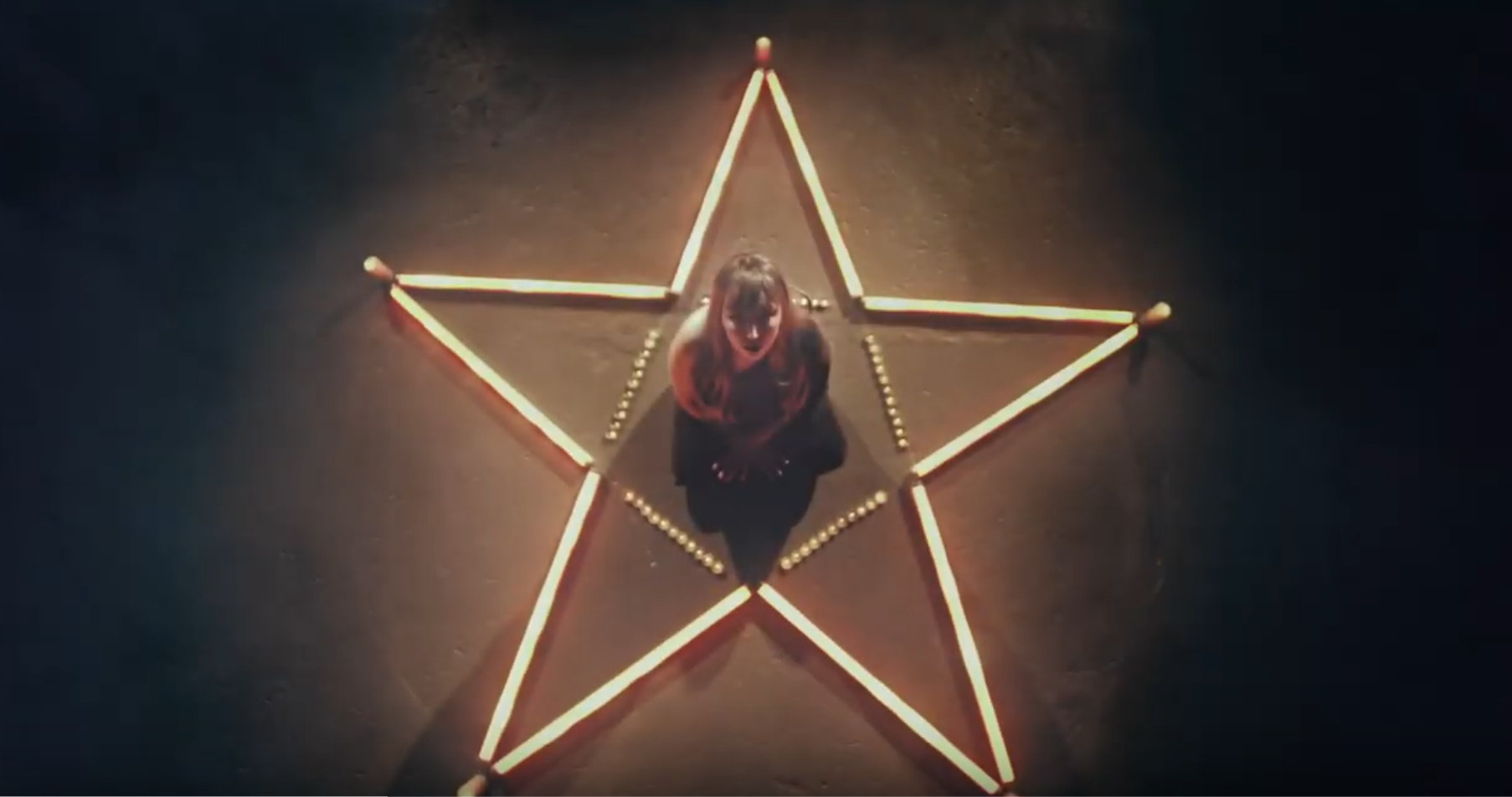 The official music video for Naoise Roo’s ‘Sick Girlfriend’ is released today (Friday 29th May 2020). This release comes off the back of Roo’s recent EP release seen at the end of April of the same name. This video is a new collaboration between Roo and Irish director Caoimhe Clancy, and deals with similar themes found in the EP – such as female stereotypes, victim-blaming and the misrepresentation and abuse of women.

Director’s Statement: “If I call her baby, I might just break the curse – The lyric I used to inspire the video! We flipped it – the sick girlfriend isn’t sick at all, society is. This song is so rich with meaning, I wanted to make the video rich with symbolism to match. Sausages and pomegranates were used to play with male and female fertility, witchcraft took place outside the old Magdalene laundry on Séan McDermott street and an infamous trial where the victim’s underwear was used against her was reimagined. We took big topics like victim blaming and historical abuses of women and approached them in a playful way.” – Caoimhe Clancy

“A fully-formed statement that, across just four snapshots, embraces life in all its ugliness and challenges the accountable norms within the industry.” – (The Thin Air)

“Certainly, while her lyrics come from personal experience, there’s a lot to take solace and share in these compelling compositions, reminding us how music is such an integral form of expression.” – (Zara Hedderman, Totally Dublin, April Feature)

“Flirting with a unique sound that is more powerful and more nuanced, whilst the 4-track journey covers such a vastly deep area of emotional ground. The expansive new material thrives off a range of genres- with pop notes, aspects of new wave and gothic entities all result in a tsunami of perfect and commendable compositions.” – (Circuit Sweet)