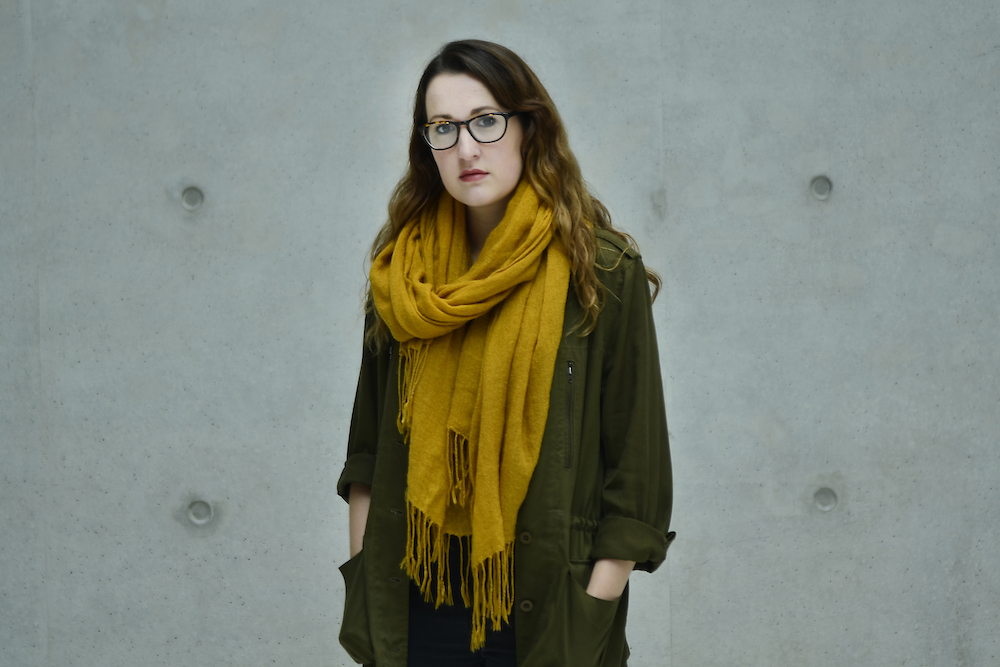 At WFT Ireland, we are constantly inspired and impressed by the caliber of work being done by our members across the film industry. So much so, that we have decided to celebrate highlight their achievements with our monthly slot ‘Member in Focus’. For May, we are delighted to feature the work of Megan K. Fox, who’s been picking up funding and awards for her shorts in Ireland and abroad – and has just been selected for a competitive programme with RTÉ and Screen Skills Ireland which trains new directors. We spoke with Megan about her inspiration, her background and all things film.

When did you first know you wanted to work in film?

Discovering filmmakers like Andrea Arnold and Spike Lee made a big impact on me as a teenager, while I was studying in Dublin. Watching films like Do The Right Thing and Fishtank made me realise that domesticity could be cinematic, that people were making really engaging and inspired dramas about normal lives and the movie business wasn’t all explosions and Hollywood stars. When I started seeking out more female directed films the realisation really dawned on me that I could make a film too, and the idea of bringing my stories to life and getting to work with a whole crew of creatives to make that happen was really intoxicating.

What brought you to London to study for your Directing MA?

I moved to London in 2014 to do my MA in Filmmaking at the Met Film School. At the time there weren’t really any practical Masters courses for Directing in Ireland, or Dublin at least. I’d fallen in love with the idea of filmmaking during my Bachelors but it was heavily theory-based, so I felt I needed to go through a more hands-on, practical training-ground to learn my craft. It was an exciting place to start out on my filmmaking journey; such a huge network of young people collaborating and making connections at the same level in a big city is a real buzz – and support.

When it comes to your interpretation of a script, what’s your process in terms of collaboration with the writer, production designer, DOP and rest of the crew?

Well, all bar one of my shorts have been scripts I’ve written myself, so it’s usually more about the communication of ideas and vision, rather than interpretation. I make extensive directors notes and visual documents for my HOD’s, but the main thing for me is just keeping the lines of communication open and creating an environment where everyone feels safe to offer both ideas and their take on things. In the past, I’ve gone shopping with my costume designers or had a day out at the markets in London looking at fabrics and bric-a-brac with my production designer. Sitting with my DP for hours on end going through the shot list, watching reference videos and testing things out is always a part of the collaborative process I really look forward to; it’s exciting when things click and you know you’re on the same wavelength. It’s great to have face-to-face conversations as much as possible, and even better to collaborate on the physical level of actually going out and prepping/exploring together when you can. 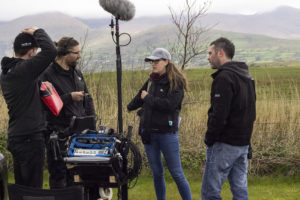 From application to screening, what’s your favourite part of the filmmaking journey and why?

I love casting, especially that moment when someone walks in to the room and either perfectly embodies what you’d envisioned for a character or takes you completely by surprise with a new energy you never would have imagined for them. I love being surprised by actors and having my own ideas of what the characters should be challenged. The moment when you know you’ve confirmed your cast and you can start to fully picture the film is pretty great, but nothing beats the thrill of the actual shoot. I never feel more myself than when I’m on set and the adrenaline is pumping and everyone is there to share in this vision and make it work – it’s pretty magical. I always get the post-shoot blues when we wrap after being on that high!

You don’t shy away from tough, issue-based stories. As a Writer/Director, how do you tackle projects like these and find their ‘truth’, so to speak?

Sometimes my stories are coming from a place of real experience; that’s just about being brutally honest and digging deep into the nuances of that emotional experience to find a character and an arc to the story that may not have necessarily been there in reality – because life doesn’t work like films do. There’s no three act structure or satisfying hero’s journey usually. When I’m writing about situations and lives outside of my own, like Calling Home which centres around a character becoming homeless due to domestic violence, or my upcoming short Cailín Álainn, a coming of age story about a trans teen; I try to place myself in the emotional state these characters might be in when I’m writing. However, I think it’s important to recognise where empathy isn’t enough and you need to get a first-hand account to portray these lives honestly and respectfully. I start with research online, reading real life stories and forums etc. paying attention to the small details people recall about their experience of living these ‘truths’. Wherever possible I do my best to connect with real people and discuss my scripts and characters with them in terms of authenticity to the experience of say being homeless, or coming out as transgender. I’ve been lucky enough to meet some great individuals who have been happy to share their stories with me to help paint a true picture of lives that may not be comparable on paper to my own.

The Shift was your first comedy film. Can you tell us a little about the development, casting, and filming process there?

The Shift was such a fun project from beginning to end. It was my first comedy and also the only short I’ve made to date that I didn’t write. As soon as I got the script sent to me by Mairead Kiernan I knew it was going to be a blast to make and that we had to make it happen. We were lucky enough to win over the judges of the Film in Cork Short Script Award Scheme with our enthusiasm for the project, so we had the green light to go in to production. The crew that my producer Karen Twomey put together for it were perfectly suited to the challenge of making a really ambitious short comedy with loads of energy and love, despite a relatively low budget. Casting was a brilliant experience on this project, we saw so many incredibly talented and funny young women for the three leading roles that it was more a case of what pairings would work and which direction to go with the characters than anything else.

Mairead was a dream collaborator and allowed me to have an input in the rewrites at each stage, we had a great time bandying jokes back and forth and brainstorming. We shot in Schull in West Cork and the whole community got involved, which was key to the success of the shoot. The cast and crew stayed together in the house we also shot in, and this gave us lots of time to prep, set dress and for the girls to bond and rehearse together. It was a crazy shoot, but everyone worked incredibly hard and I think it shows. Projects like this one depend on forming a really tight, sound crew of people who genuinely want to be there and believe in the project – taking them all to a gorgeous rural town where our only goal is to shoot the thing is a definite plus point too! 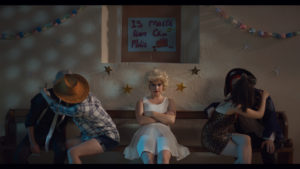 It’s been a great experience learning how to direct for multi-camera at RTÉ, and a total eye-opener too as it’s so vastly different as a skill than directing with a single camera setup. It’s intense and super high-paced directing for a long running soap, but really enjoyable and a huge step in the right direction to get my first TV credit directing on Fair City. The competition was fierce to take part in the programme so I’m really delighted to have had this opportunity to learn in such an immersive environment.

What would be your dream project in the future?

A first feature is definitely a big part of the five year plan. I have a few ideas at the moment for new scripts but ideally I’d love to find a writing partner or someone who has already written a killer, female led script that pushes boundaries. I’m also looking towards serial drama both at home and in the UK, it’s a golden age for TV right now and I’d love to get the chance to direct on a high end drama or comedy series along the lines of The End of the F**king World or Sex Education in the near future.

If there was one piece of advice you could give to someone just starting out, what would it be?

Experiment, take risks (in terms of style) and create as much as you can with people at the same level as you in the beginning, you’ll form strong creative relationships the only way to learn is by doing when it comes to filmmaking. Oh, and don’t start your short with someone being woken up by their alarm… please!

Megan K. Fox is an award winning Writer/Director based in Dublin. Megan graduated with an MA in Directing from the MET Film School London in 2015 and her work has earned over a dozen accolades and high profile nominations since; including Best Director Under 25 at BAFTA qualifying Underwire Festival, winning the WFTV Lifetime Shorts Competition, Shooting People’s Film of the Month and nominations for the Young Directors Awards Ireland and Kinsale Sharks. Last year she directed her first comedy ‘The Shift’, which was funded through the Film in Cork Short Script Award Scheme 2018. The ﬁlm began it’s festival journey at Cork Film Festival in November and won the award for Best Cork Short. She is currently developing her debut feature ﬁlm script and working on post production for her latest short ﬁlm project ‘Cailín Álainn’ which was shot in Co. Kerry earlier this year, funded by Kerry Arts Council’s inaugural Short Film Bursary. Megan is also branching out in to to TV directing, having been selected for an RTÉ and Screen Skills Ireland initiative which trains new directors to work with multi-camera set ups on continuing drama.