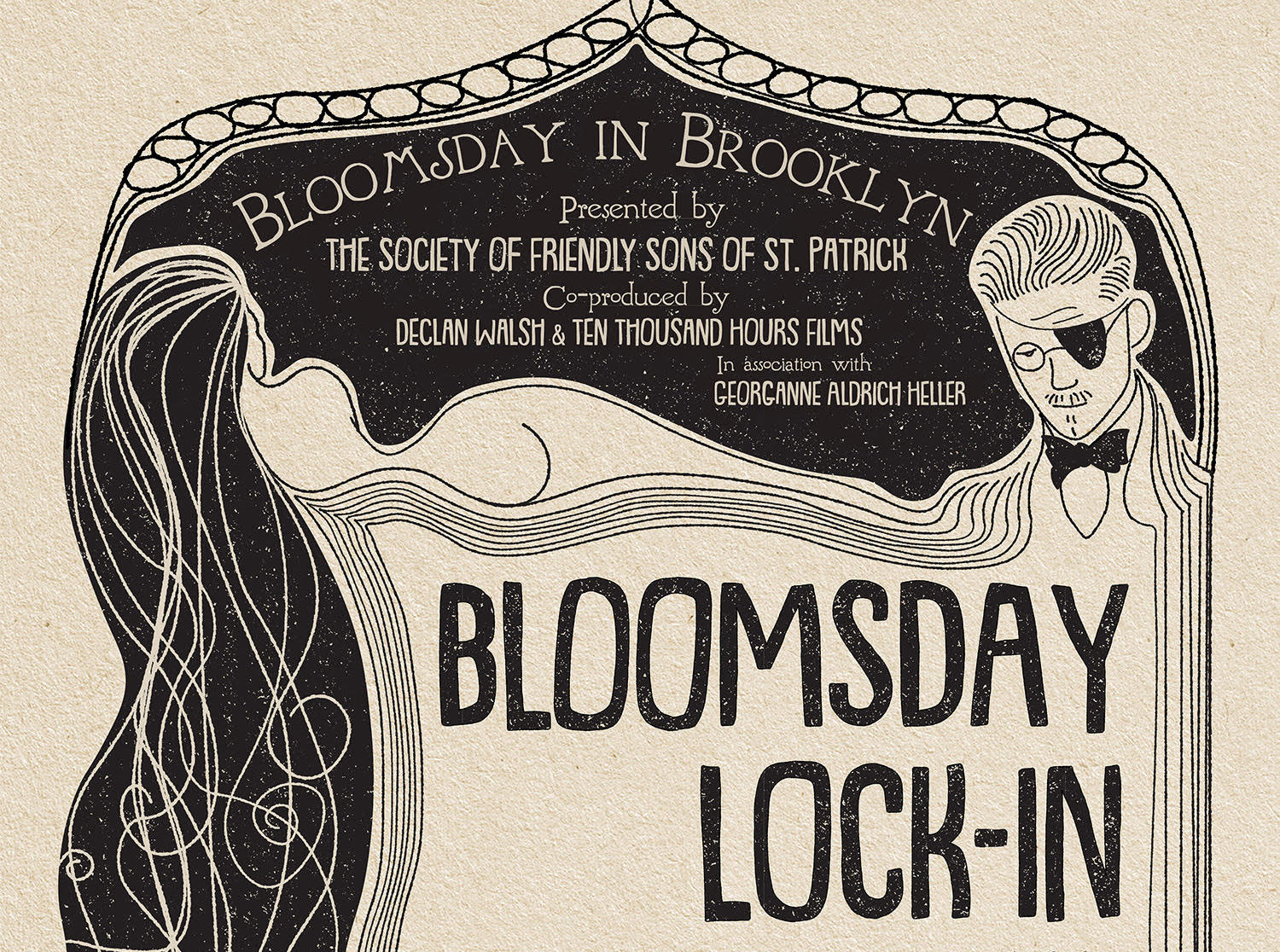 All proceeds raised from this world premiere online screening will go directly to Chips Soup Kitchen & Women Center a Brooklyn charitable organization that feeds over 350 meals a day to the homeless, and shelters homeless pregnant women & their infants.

James Joyce was a modernist and this promises to be a thoroughly fresh contemporary take on the novel that nobody wanted to publish & everyone tried to ban. This presentation favors a more dramatic conceit & will be an adaptation that features excerpts from the 1922 version of the book.

Bloomsday Lock-in is a play on the current “lockdown” situation in COVID-19, a lock-in in Ireland is typically when the pubs shut but allow patrons to stay drinking and carousing after-hours illegally.

This event is presented by The Society of Friendly Sons of St. Patrick

(Producers of Bloomsday in Brooklyn)