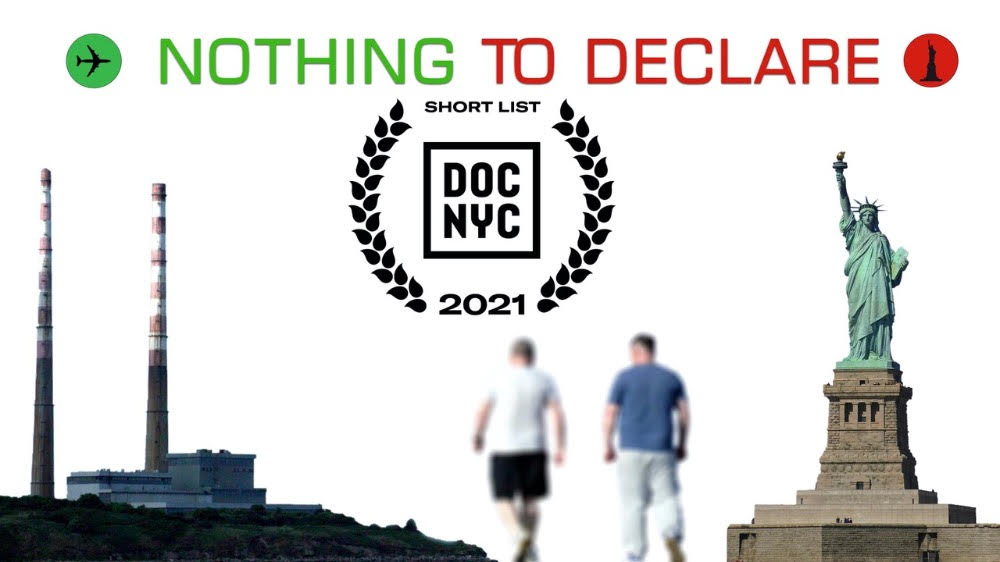 A new award winning Irish documentary film produced by WFT Member Martina McGlynn, Nothing to Declare is heading to the United States for a special New York international premiere. The film charts the fascinating adventure of two Irish boys, Keith Byrne and Noel Murray who were infamous stowaways to New York in 1985.

About Nothing to Declare

The film has been officially selected for the prestigious shortlist showcase at the DOC NYC Film Festival this November. The Short List sections showcase a selection of features and shorts that the festival’s programming team considers to be among the year’s strongest contenders for Oscars and other awards.

Keith Byrne (10) and Noel Murray (13) from Darndale in Dublin had run away before, but evading the authorities in three countries was a first – even for them. In August 1985 they began an incredible trip that would see the young duo leaving home and eventually ending up in New York having arrived there on an Air India flight from London. Their journey baffled security in three countries, caused a major terrorism alert and left their parents in the dark about their whereabouts for days.

Now, thirty six years later and for the first time on screen together, Keith and Noel recount their journey in a documentary film that has already won a number of prestigious awards. ‘Nothing to Declare’ was awarded Best Short Documentary at the 2021 Galway Film Fleadh, automatically long listing the film for this years Oscars.

‘It’s wonderful to experience the film with a cinema audience reacting to Noel and Keith as they share the details of how they made this trip’ commented director Garret Daly. ‘They are funny, engaging and honest, which really does create a heartfelt recounting of this jaunt. I can’t wait to see how an America audience reacts to their tale’.

DOC NYC is America’s largest documentary film festival and is an annual festival held in New York City. The 2021 edition will be held both in person at NYC venues and online. In-Person: November 10-18; Online: November 10-28.  Nothing To Declare will screen in New York on November 12th and November 18th at the Cinépolis Chelsea.  Tickets and passes are currently available for purchase online only www.docnyc.net In-person sales for tickets and passes will start on Nov 27th at the IFC Center box office.

Irish audiences will have a chance to view the film at the forthcoming Cork International Film Festival when it screens in cinema on November 12th. The film will also be available online through the festival portal corkfilmfest.org