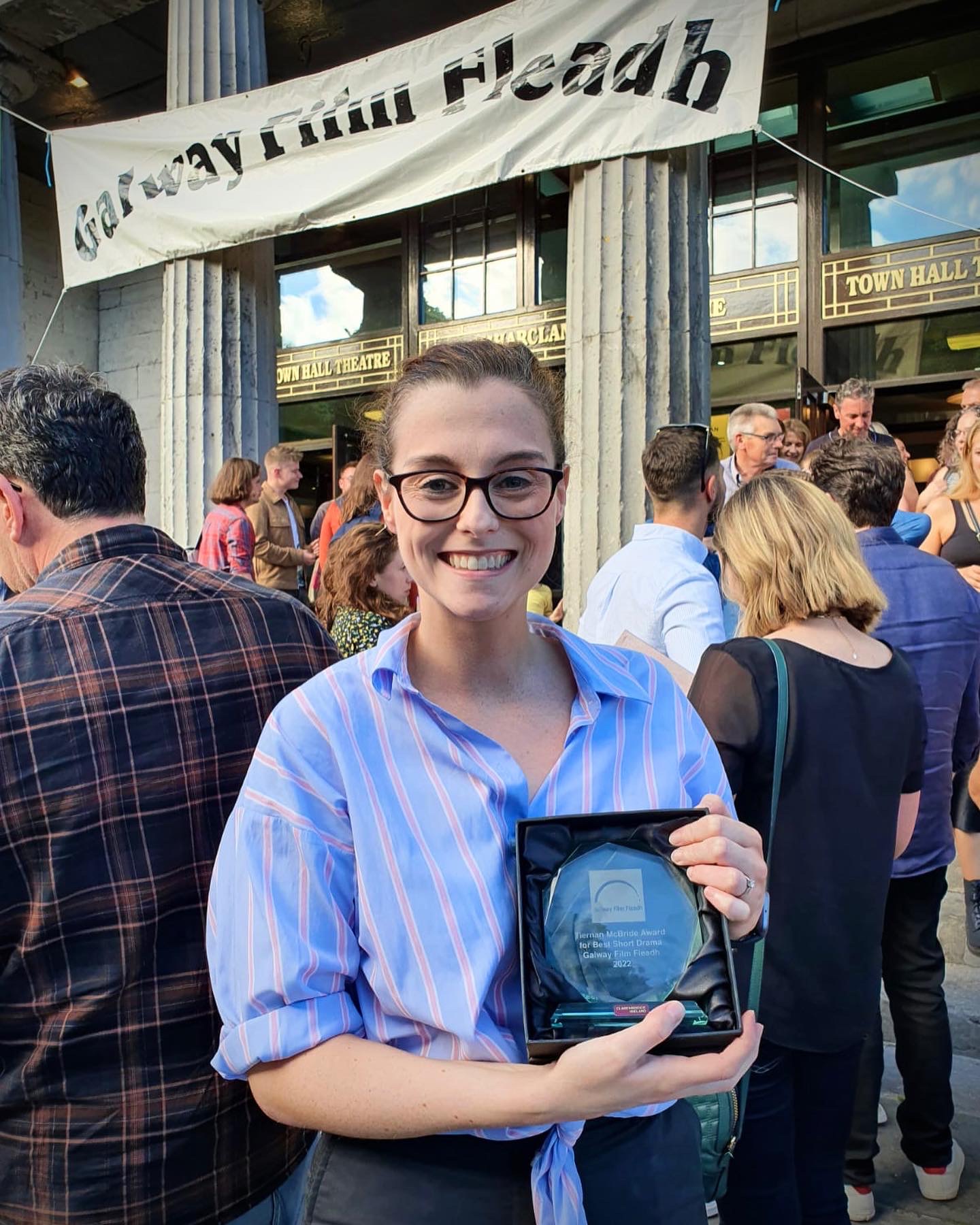 Director and WFT Member Laura O’Shea collected the award at the Town Hall Theatre at the Closing Ceremony of the Festival on Sunday.

The Short Film tells the story of Marie, who faces her first day on the job as a social care worker. Despite her optimism, a house call to a family in crisis quickly brings her down to reality.

The film, which cost a modest €6,000 to make, was self-funded by WFT Member Caroline Harvey, who co-produced and acted in the short alongside IFTA-winner and fellow Member Charleigh Bailey.

Laura has previously won awards for her short film work at BAFTA Qualifying Festivals such as Belfast Film Festival. She also recently worked as a shadow director alongside Paddy Breathnach on the upcoming RTE series The Dry.

Laura said that she is delighted with this milestone achievement and award.

“I am so overwhelmed and grateful to receive this incredible award from the Galway Fleadh. Having attended some of the short film screenings during the festival, I was blown away by the talent on screen and felt lucky just to be in the mix with such talented filmmakers.

“This is really an honour that I won’t take lightly. I am so proud and appreciative of the wonderful Cast & Crew that made this film what it is. They are all stars. A massive thank you to the festival for giving us this push, it’s a huge confidence booster to see the underdog take home the award,” Laura said.