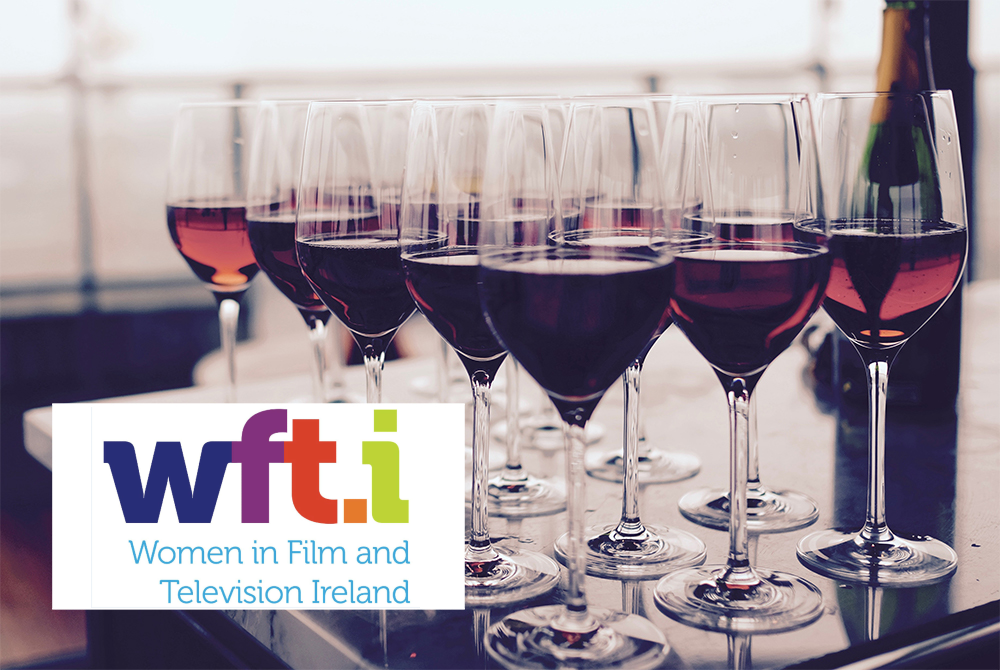 WFT Ireland is hosting a very special networking event at this year’s Cork International Film Festival. Join our team for a glass of wine and a long-overdue catch-up on Wednesday 10th November at 5:30 pm in Clancy’s Cork. (The venue will be checking COVID certs upon entry, so make sure you have yours handy).

Cork International Film Festival is delighted to include Sundance award-winning US documentary filmmaker Dawn Porter (John Lewis: Good Trouble, Pete Souza Documentary, Gideon’s Army and Trapped) as our keynote guest at Doc Day online 2021. A filmmaker whose work is rooted in shining a spotlight on important social issues and is strongly rooted in civil rights, Dawn is currently directing and executive producing an Apple TV multi-part documentary series with Oprah Winfrey and Prince Harry that focuses on mental illness and well-being. She will be interviewed by Aideen Kane, Co-Director, The 8th, and VP of Production at Fork Films.

Other sessions at Doc Day online include a case study centred around the documentary feature film Lyra (screening at this year’s Festival), and a session that will explore the editing process behind the new documentary film Roadrunner: A Film about Anthony Bourdain. The event will take place online on Tuesday 16 November and will be available for catch-up on the Cork International Film Festival online platform until the end of November.

The festivals other industry offering, First Take, a training and development platform for newly established film professionals, film and media students and the wider film industry, will also offer a variety of online sessions, including a focus on the Casting Process, the Actor as Creator, Audience Design for Film, and a special case study of the new Irish feature film Holy Island.

The event will take place online on Monday 15 November and will be available for catch-up on the Cork International Film Festival online platform until the end of November.

Full information on the Cork International Film Festival online Industry Days is available here. All sessions are free of charge.

In addition to the online offerings for Doc Day & First Take 2021, Cork International Film Festival hosts an in-person documentary event and networking session on November 11th – Doc Day Live – in advance of the Documentary Gala Screening of Pat Collins new film The Dance. A dynamic and insightful event for both emerging and established Irish documentary professionals, it will provide an opportunity for players in the Irish documentary industry to meet and network after a long absence, and will include a post-event networking drinks reception.

The event will include the following sessions:

The global demand for content extends to all genres and the potential for Irish documentary, of all types, to find new audiences, is boundless. The question is how do Irish documentary makers access this growing demand for content, for both funding and distribution, while still making distinctively Irish stories for global audiences. The funding landscape is in flux, for

cinema and TV releases, as funding agencies and public service media grapple with the changing marketplace.