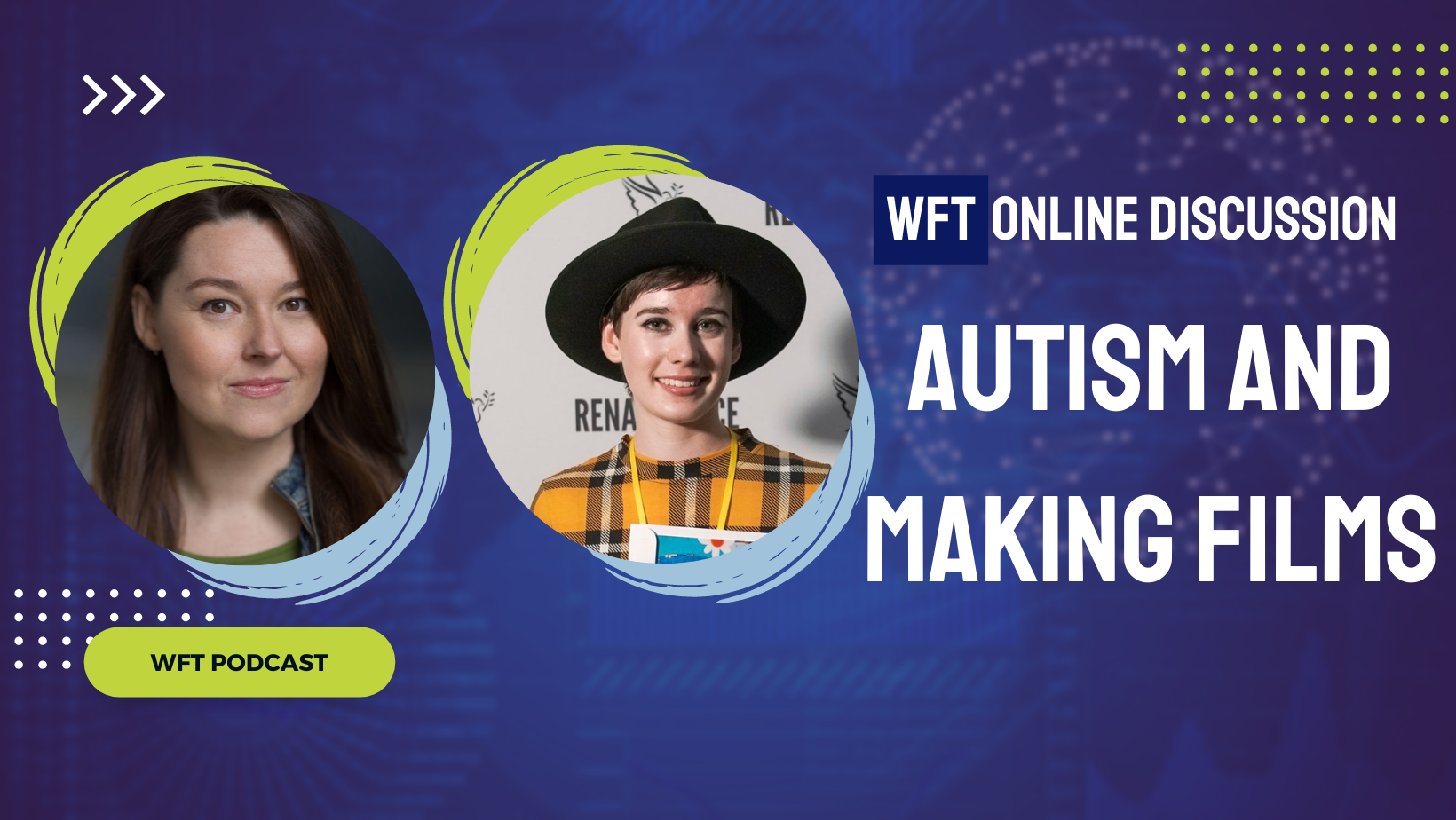 How can Neurodiversity enrich our industry? What does an inclusive set really look like? In the latest WFT Podcast, WFT Vice-Chair and DOP Jaro Waldeck chats with Anna Czarska and Caoilinn Handley about autism as well as the importance of making authentic films with autistic filmmaking talent in front and behind the camera.

Caoilinn is an autistic activist and film producer from Dublin, Ireland. She currently works as a Junior Producer in MK1Studios Productions across a range of international co-productions. Caoilinn is also developing a number of her own shorts centred around the themes of diversity and inclusion. Caoilinn is completing research into neurodivergent and disabled cast/crew in the Irish screen industry, which has been funded by the Arts Council. The results are shared with Screen Ireland, and are available to all other interested parties.

Anna is a neurodiverse producer, director and writer, as well as the Managing Director of Sticky Tape Productions. Anna has been involved with the film industry on and off throughout their life. They have a background in business and produce, direct, write, and manage projects that exemplify their interest in unconventional cinema, often regarding topics involving mental health or societal matters that require greater public awareness. Anna especially likes to challenge the everyday thinker to try something new, something different; this is at the heart of where their enthusiasm lies. Selected Works: Mildly Different, Cost You Nothing, The Dining Room

Jaro started her journey in cinematography with undergraduate photography studies in the USA. Soon, she realised she was interested in movement in her images and made the transition to cinematography studies at Columbia College Chicago. She graduated in 2008 and was placed on a coveted internship with Oscar nominated DOP Phedon Papamichael, ASC (Sideways, Walkd the Line, Nebraska, Ford vs. Ferrari) on a movie “W.” which he was shooting for Oliver Stone. After the internship, Jaro moved back home to Prague, Czech Republic, where she pursued further cinematography studies at the world renowned film school Film and Television Faculty of the Academy of Performing Arts (FAMU). She studied under the guidance of accomplished and award winning cinematographers such as Miroslav Ondricek (Amadeus) and Vladimir Smutny (The Painted Bird), and graduated with a Masters Degree in Cinematography in 2011. The following year Jaro moved to Ireland, where she’s worked on short narrative and documentary films, commercial and corporate productions and kept up her photography work alongside it all. She’s also collaborated with some of her former classmates from Columbia College and FAMU on a documentary feature and served as a camera operator on a season of reality television series Survivor. Jaro is a member of the Czech Society of Cinematographers and is Vice Chair of Women in Film and TV Ireland.