For our third event in our Crew Talks series, WFT is continuing the conversation when it comes to spotlighting the women working in the field of Sound. Irish Foley Artist Caoimhe Doyle and Oscar-winning Supervising Sound Editor Nina Hartstone talk about their experiences working in the industry – and how sound can elevate a story. Listen to the podcast in full below. 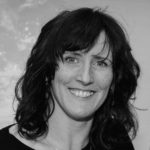 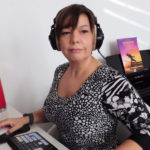 Nina Hartstone is an Oscar-winning Supervising Sound Editor working in feature films, specialising in Dialogue and ADR. She is always seeking to create the highest quality soundtrack for every project by working with leading industry professionals to implement innovative ways of recording, creating and editing sound for film. In 2019, this work was recognised with Oscar, BAFTA, AMPS and MPSE award wins for sound editing on the film Bohemian Rhapsody. Other credits include Evita, The Hours, An Education, Everest and multi-award winner, Gravity. She is particularly passionate about nurturing the next generation of sound creatives and in particular, fostering opportunities for under-represented groups.